A Run-in with a Writer (Andy and Cole) by WindTide 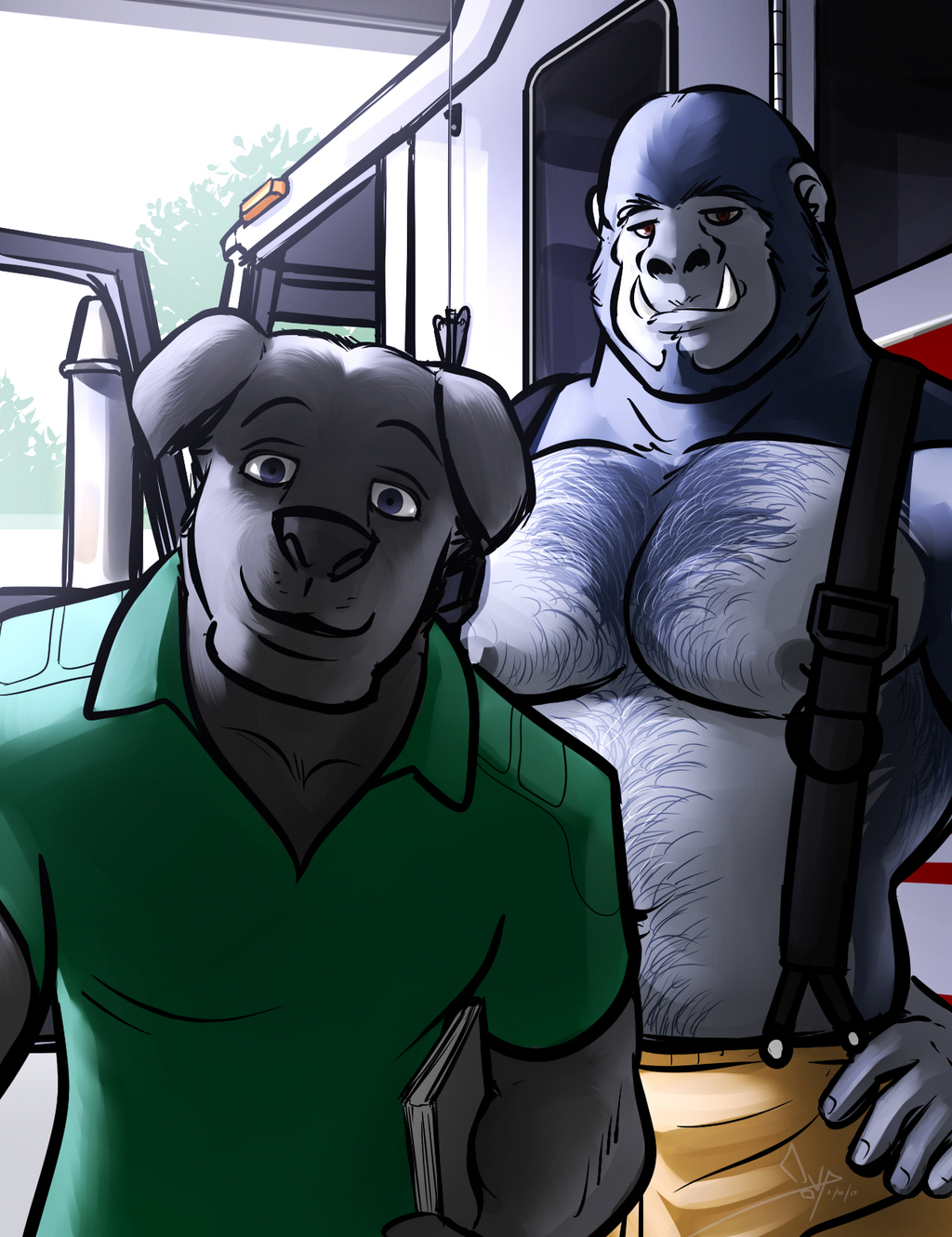 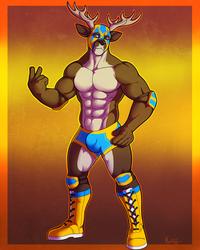 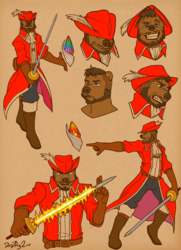 A Run-in with a Writer (Andy and Cole)

“SONOFA BITCH, BASTARD!” Cole’s roar seemed to ring in the room as he was having to organize the vanilla folders and mountains of paperwork that never seemed to go away. The bureaucracy of dealing with the community guidelines and the city ordinances was perhaps the least favorite thing, and yet his superiors expected the Captain to partake in the mundane chores when it was a slow day. After all, the Bronx station he was at didn’t always answer the calls for emergencies, as it happened to be relatively peaceful for the past few days. He could be working out and getting himself in shape just in case he answered another call, but the stacks of paper that needed to be signed and filed mocked the ape no matter how much he worked on his assignment.

“Jesus Christ… I can’t believe there is still this much work to be done.” The ape rubbed his temples slowly as he tried to keep his focus, but his temper seemed to blur the lines so much that he couldn’t get any work done after two hours of signing papers. “Oh fuck this, I’m sure I can do this later. One of the fire engines probably needs to be washed anyways.” At the very least some manual labor would keep Cole from getting angry again, so he grabbed himself a bucket and a sponge before he made his way out to the garage area. His shirt was discarded so he wore only his suspenders, figuring it was going to get soaked in the process anyways.

Walking out from the office side, the gorilla held his hand up to cover his eyes from the glare of the garage door opened during the beautiful sunny afternoon. Once he seemed to adjust his eyesight, the ape suddenly caught sight of a pedestrian who somehow snuck their way to see the inside of the premises. Cole didn’t know what to think about the stranger, only that the black labrador was staring so intently at the massive vehicle he didn’t know someone else had arrived. It might not have been the best idea, but the gorilla made his way slowly over as he approached the canine man from behind, still unaware the Fire Captain was just within arm’s reach away.

“Hey bub, what the heck are you doing here?!” The man spoke with such a deep loud voice the other man stumbled as he jumped straight up in the air, fumbling with the notebook that he almost dropped in fright.

“O-o-o-o-o-o-ohhhh!” Poor guy must have been scared from the abrupt question, not realizing it probably would have been better to ask permission to enter the garage area. “Hey there… I didn’t realize you were here. I actually got myself lost running around New York City, and I thought someone might have been here to give some help. Since I saw no one outside, I just found myself looking at these trucks… so I stepped in to take a closer look.”

Despite having been scared to death earlier, the labrador kept up with explaining his circumstances quite well for the firefighter to understand. Then again, having a shirtless ape in suspenders giving the dog a discerning glare was not exactly the best impression one could receive. “Anyways, I’m Andy. Or Mr. Allison if you prefer. I was actually hoping someone might be able to help me with a situation.”

Perhaps in hindsight the ape could have exercised more tact, but he was a Bronx New Yorker, so he expected some kind of stunt pulled in the event the stranger was some neighborhood delinquent. “Cole Phillips, Captain of this Fire Station. What seems to be the issue?”

Apparently Mr. Allison had just arrived to New York City recently on a trip to explore and sight see, needing material for his own personal writings (hence the notebook). The wanderlust in the labrador had blindsided him from keeping an eye on his phone’s battery power, so the canine continued to wander around the entire city without any clue how to get back to his hotel. Now that the canine was here at the fire station, he needed help to get back to his hotel while trying to navigate the subways and streets of New York.

“Oh that? I don’t have a map on hand to show you, but I can tell you exactly where you need to go. I have passed by that hotel often to know which one you’re talking about.” Cole scribbled a very crude drawing of the route Andy needed to take to get back, but the canine could at the very least understand in spite of the thick accent.

“Thank you so much Captain! I’ll be sure not to let myself get lost again trying to get back to the hotel!” Understandably the canine was much more cheerful having gotten help from a native citizen, his bushy tail swaying with an upbeat rhythm. “I probably should head back to unwind after all the walking I did today.”

“Well I’m glad I could help you Mr. Allison. New York City is a big place, so you’ll be best to make sure you get to your room safely now.” After giving his dismissal to the canine, the writer seemed to make his way to head out the garage area, though it was a sudden impulse that made the man stop on his tracks and realized he was about to miss out on an opportunity.

“Wait a moment!” Cole turned his head around as he saw the labrador briskly walk towards him again, holding out his notebook as he said “I told you earlier I write for a living, and part of my writings includes interviewing people that interest me. You would be surprised the kind of stories that I get to hear.” Andy was quick to show his writings for the Captain to read them, noticing the man had a natural talent for interviewing other folks.

“Would you please consider letting me interview you for my collection of works? It is the least I can do for your help today Captain Phillips.” Whether or not the gorilla had considered refusing the offer, the man had the best puppy dog look one could muster, amusing all the same for the ape as he thought about the opportunity.

“Well now, I have to admit this isn’t an opportunity I get every day. Never really been interviewed before, and I like the way you write there kiddo.” A flex of his chest, the ape seemed to swell up as his ego was boosted from Andy’s interview opportunity. “Today is kind of a slow day for me, so I’ll be happy to sit down with you… even right here if you wanted to.”

So that’s how Cole Phillips managed to get an interview done by Mr. Allison during his trip to New York City. The ape had been given a transcript of the interview for his records, and even a commemorative photo since that day Andy meet the firefighter. It was one of the more memorable moments the ape had during his career, serving as an inspiration for a writer to pursue the life stories of other folks.

This was a piece that Dark Wolf Ala and I discussed as part of a commission we wanted to get together. He was hounding me for some time to get a piece with my firefighter, so I came up with the basis of the picture. I adapted the account of my friend's story for my writing, just told more from the perspective of my character. And of course, BGN was the artist whom we had decided to hire to illustrated the piece depicting their encounter. I'm glad everything came well for this illustration!