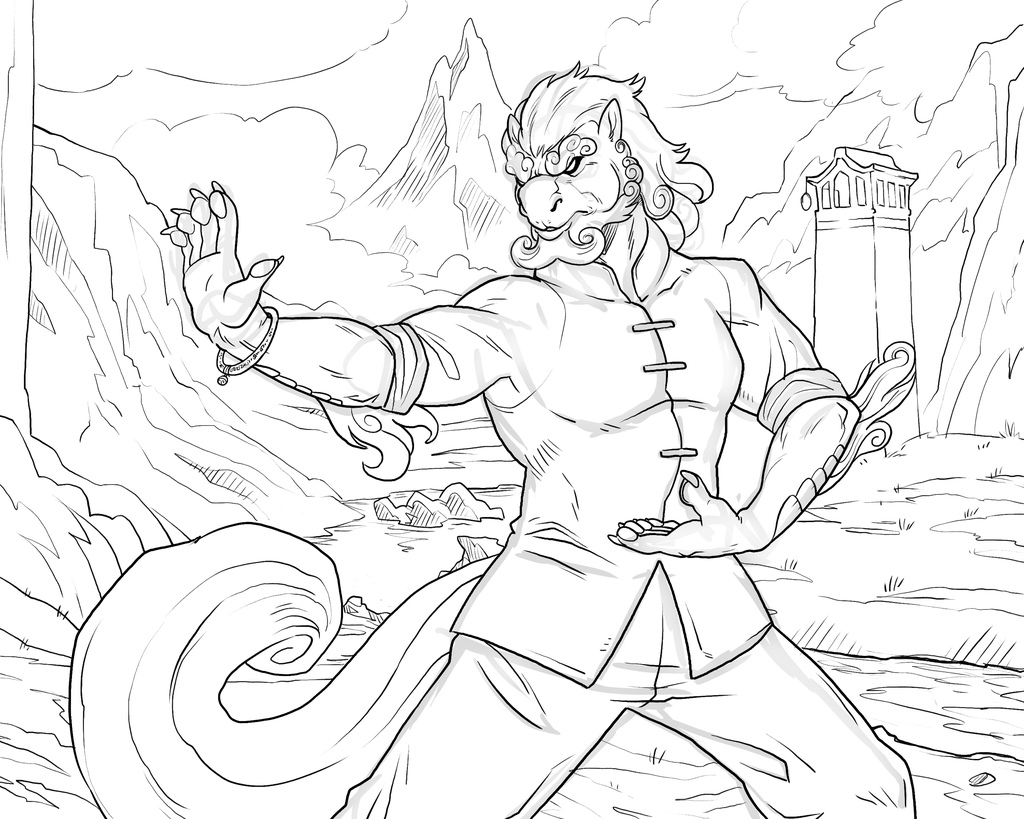 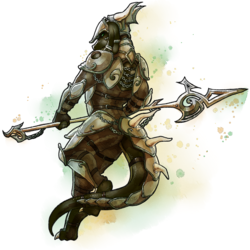 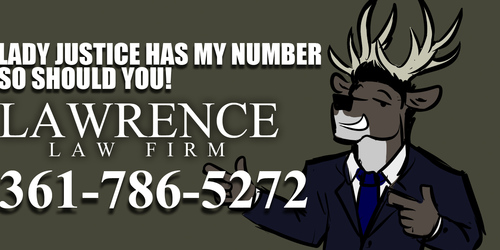 There was a time where Gāo Rèn recalled the hazy details of the past, finding himself on a plateau within the mountains of China. He was the only one training up so high in isolation, his mind solely focused on performing his routine with every step he took. No distractions, no worries, nothing but the empty mind that he filled with determination as he moved gracefully while changing palms.

Every stance that he stepped into flowed naturally like running water, revitalizing his body and spirit with the internal energies manipulated. The constant change that worked inside the shishi's body translated as progress, for the martial artist worked with the changes without resistance. Such was the beauty and peace of mind that the man found in his personal training, with no burdens or troubles to plague his thoughts.

Yes... it felt like centuries ago since Gāo Rèn could even remember what it felt to train in tranquility.

An original piece done by Bad Coyote, marking the second piece I have hired from him to complete in this instance. He captured the stoic nature of Gāo's training that it establishes a serious tone that I want to develop with my Shishi. All these commissions will at some point lead to an full understanding of Gāo Rèn's story, but suffice to say it will be a mystery for the kind of life that the man has lead.

[Maybe colored at some point in the future]