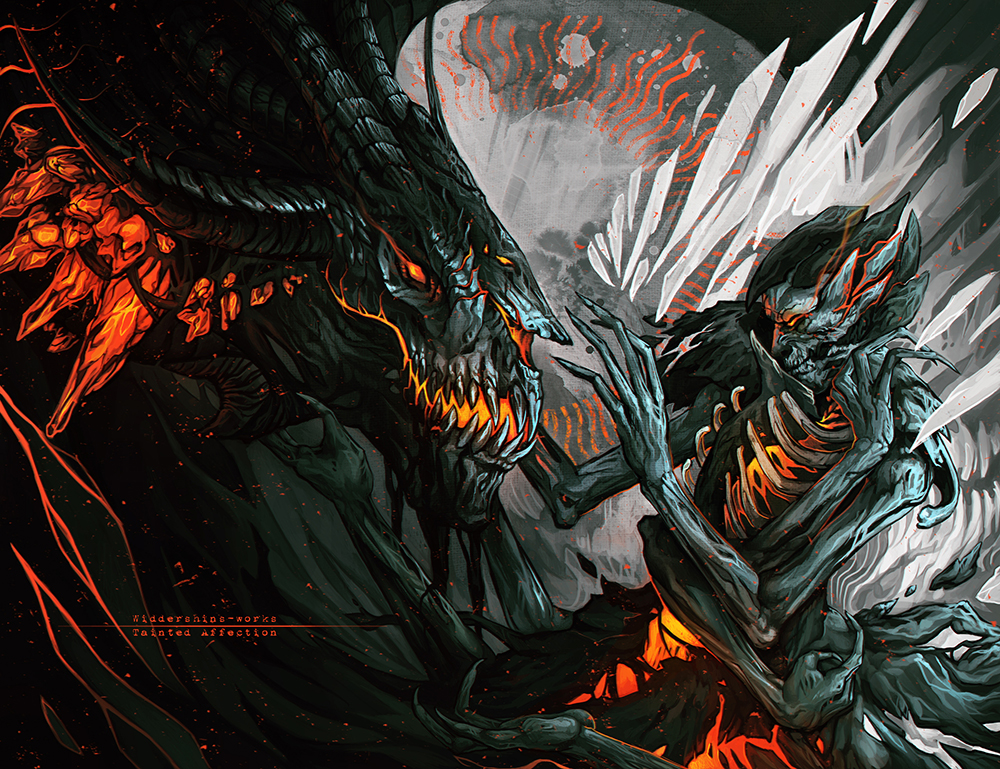 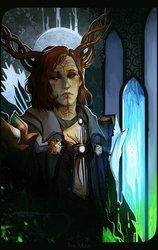 Dragon Age Inquisition fanart.
Corypheus and his red lyrium dragon - inspired by the concept of their bond/affection which helps Cory to control the Blight.
I lived with my artistic freedom, and mixed the in-game 3D model and his original Tarot card concept and took the courage to redesign the dragon enough to make her look corrupted with actual red lyrium from her instead of some decaying creature with odd looking shine-less lyrium parts over the body how she looks like in the game.

Dragon: fights with the voices in her head as the corruption devouring her body

Cory: Hush my dear, it won’t take long, let me give propose to your life.

Dragon: slowly calms down and raises her eyes at the ancient magister

Cory: And it is done, we are One. I will guide you up to the very Heavens where we will shape this world the way it is right.

Because the bad guys also deserve a fanart :>