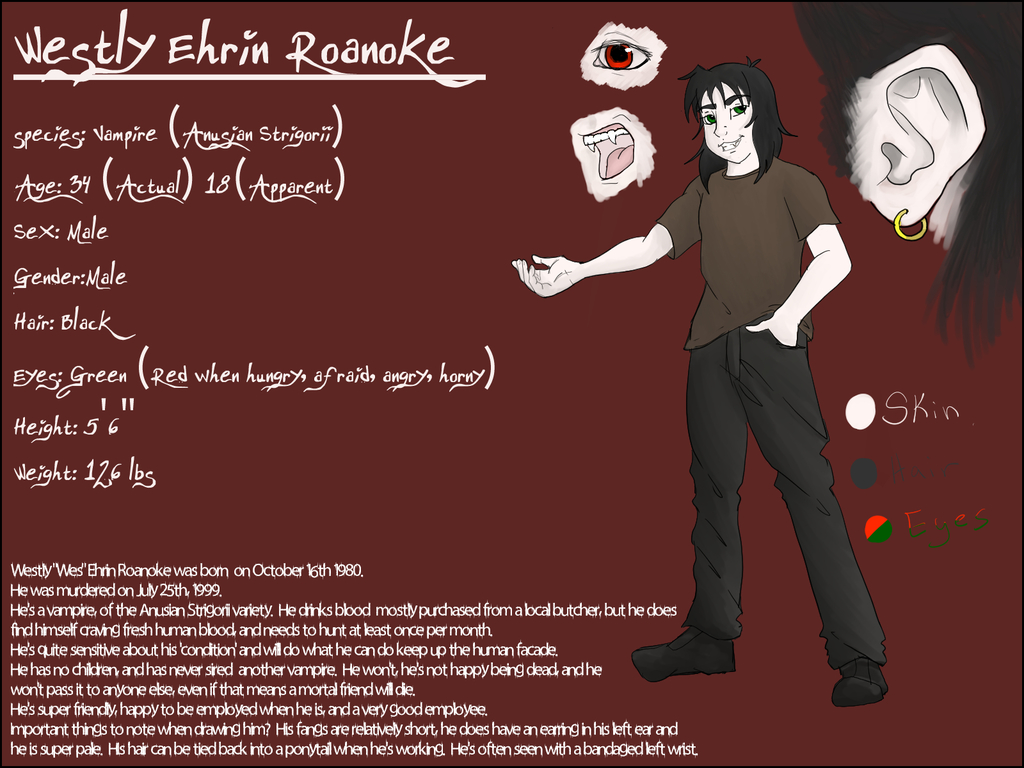 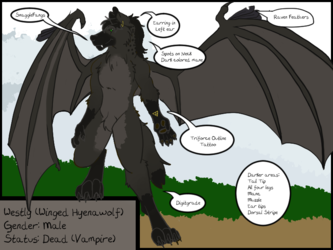 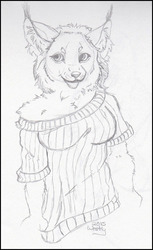 So, I learned neat things about the program I use, Manga Studio. Did you know it's practically a full painting program? Did you know it's only $30-$40? I do have photoshop on my machine, but, I find myself preffering Manga Studio BY FAR over Photoshop. Not only does it have shake correction on the tools, there's all those neat painty things!

Anyway, Wes needed a new ref sheet. It's been pretty much years since I drew one for him, and, I like to think I've improved enough for this, and...well, Hey! Look, shading and everything!

So, yep. I think I got everything on there. He's a pretty simple character. I should draw up his different forms some times, but, for the record, he can turn into a wolf, a bat, a raven, a rat, and a leopard. They're all melonistic (To match his hair), and the leopard and bat are not his 'natural' forms, but ones he's learned to turn into.

So, if you think I've missed anything, lemme know! I'll either explain it, or draw it in!