A Varied Diet by Vosyl 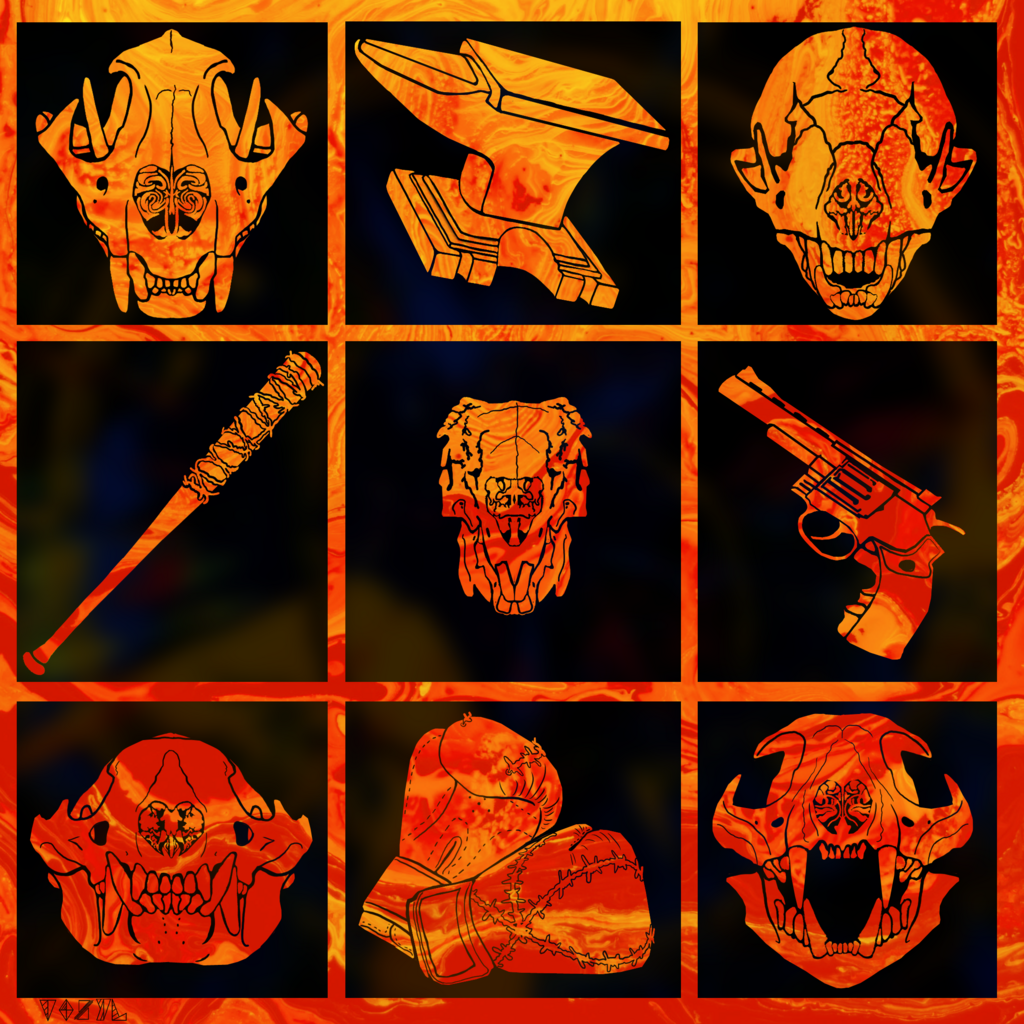 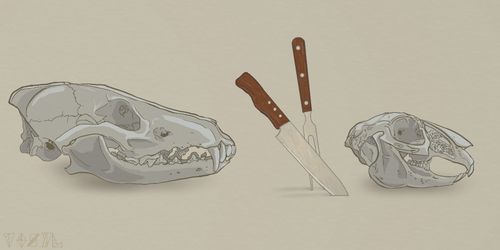 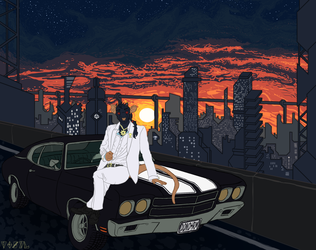 Variation of a theme, again inspired by Damien Hirst (Although no specific piece other than his spin paintings) I wanted to make two versions to test FA's Next/Previous navigation feature as I'll be starting a comic sometime in the near future and wanted the practice. The piece is best understood as a 'game board' with the skulls representing players in teams of four against one. (Four Carnivores, One Herbivore. Me.) The jackrabbit wins by leaving the board, but the predators can leave an obstacle in the way represented by the weapon props. Its not supposed to be seen as a playable (let alone winnable) game, but the idea of futility and hoping for the impossible.

A similar game is Hare and Hounds: https://en.wikipedia.org/wiki/Hare_games#Hare_and_Hounds