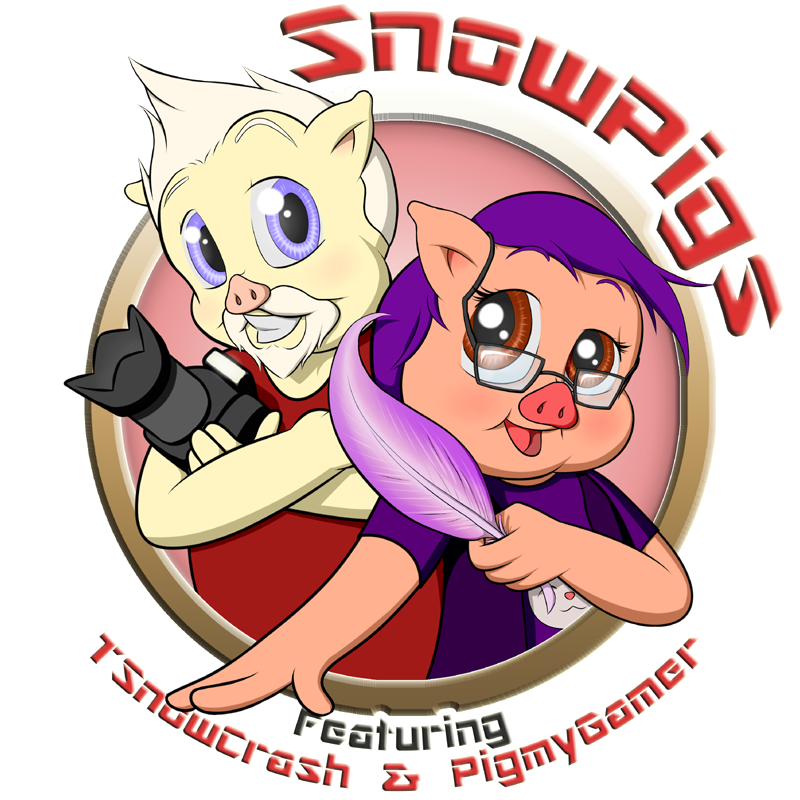 Around the end of last summer, one of my good friends approached me, telling me about his ideas for the future. Like myself he'd been doing YouTube videos (which is actually sorta how we met each other), but he'd been feeling uninspired and told me he wanted to rebrand his channel and rather than just being himself, he wanted to include his wife in it too, to that they'd come up with their name "SnowPigs", a combination of their individual names.

He asked me if I'd make a logo for them, giving me the inspiration afforded by their decided upon name and then that he envisioned something inspired by Porky Pig, the classic cartoon character. With those bits in paw I went to work, using their Minecraft alter egos to create this.

He later decided to go a little more simple on the backing, but this is the original version. You can see the other on their Vid.me Channel or their Twitter.