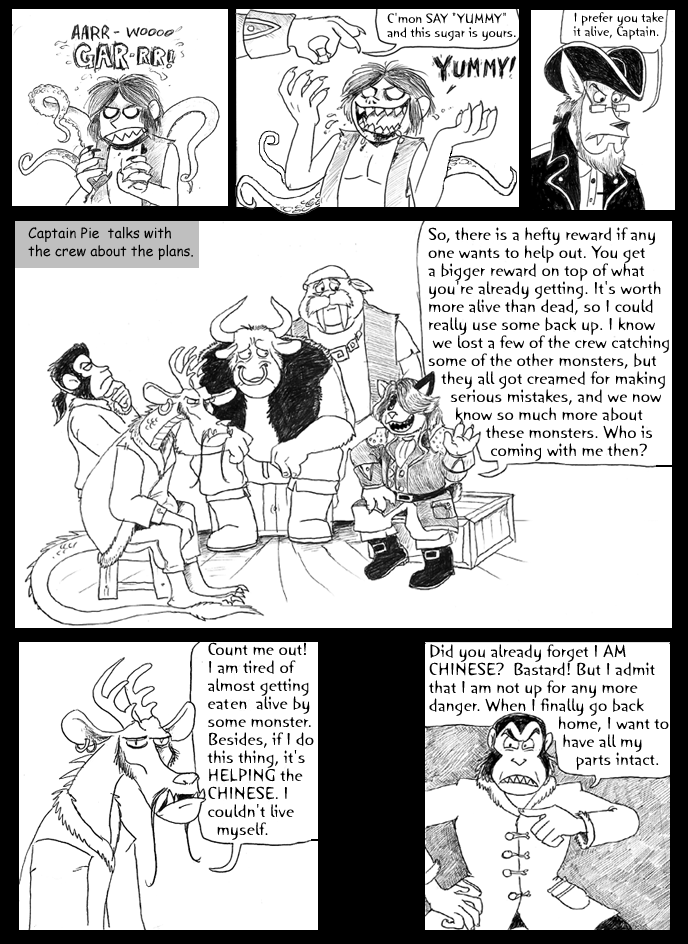 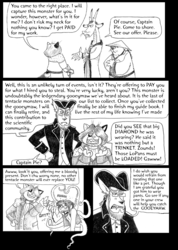 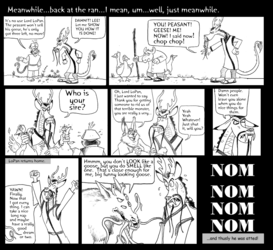 WARNING: This page contains RACISM! Aboard Captain Pie's crew are folks from all over the world, including China and Japan. Sometimes the different nationalities don't mix well. I actually deleted a panel from this page, in an attempt to make it shorter. It's still really long. This was also a little bit part where I wanted to establish that Captain Pie is a rascal. Originally Sprakel referred to Captain Pie as "Bazi", which is a old fashion German term for a lovable crook, but I didn't feel like explaining all of that.