Trophy of a Hero (Mild Version) by TwistedSnakes (critique requested)

There was an explosion. He had turned around, but there was no time to react. Black tendrils had come up to restrain him, and a wave of darkness had engulfed him.

Ignition woke up to distorted glimmers of lights above him. Was this the afterlife? He tried to move, but found it impossible. It was as if an invisible force was holding him down. Something hard like…
Resin?
That meant he was still alive! But how? Sephos must’ve done something to him. The venom. The venom that Sephos injected must’ve somehow kept him alive. The unyielding resin still constricted his chest, but he didn’t need to breathe. Instead, there was just an aching in his chest, caused by his instinctive urges to fill his lungs with air. Quelling his discomfort, he looked around.
The lights above him were from ceiling lights. He could make out people in the peripheral of his vision, but he couldn’t turn his head to look at them clearly. There were faint vibrations around him, as if things were being moved about. From the modern-looking ceiling tiles and the arrangement of people, Ignition guessed that he was in a conference room. But that would mean he’s…the table? Sephos must’ve incorporated his resin block into a conference table.
Ignition let out a soft, inaudible whimper. Sephos had turned him into an object. A mere keepsake. A heroic trophy, still donned in his fiery red costume. No. No, no, no! This could not be happening. He felt helpless and vulnerable, having been frozen and put on display for everyone to see him in his humiliation.
He could make out the black-scaled snake hovering around the corner of his vision. Another figure caught his eye. A familiar white-furred snow leopard was sitting to his side! Silverfrost, the leader of the Guardian Alliance! Silverfrost was here to save him. He moved his eyes, trying to signal to the snow leopard that he wasn’t a prop. That he was very much alive and in need of rescue.
The snow leopard looked straight into his eyes, and the wolgon could see a moment of realisation in his eyes. The feline gave him an inconspicuous smirk.
Wait, was Silverfrost on Dusk’s side? Was he not here to rescue him?
That…that can’t be right. This could not be true! If Silverfrost was on the side of evil, then who would come rescue him? Perhaps someone from the Alliance could—wait. Silverfrost was the head of the Alliance. Everything, from its information to the patrol routes, was controlled by him. With just a command, he could direct the attention of the alliance away from whatever Dusk was planning.
He had to warn his friends back at the Alliance! If this went on, Esnos would soon fall under the control of villains, if that hasn’t already happened. But he was stuck here with no way to tell anyone of his grave discovery. He couldn’t save himself, much less the city. How could he even be considered a hero now that he had been turned into an object for display?
Despair washed over him. This…this had to be a nightmare. If this was true, then he’d much rather be dead. But even death was no longer an option for him. Sephos—his enemy—had used his venom to keep him alive. Now, he would be a frozen trophy for the rest of his life. 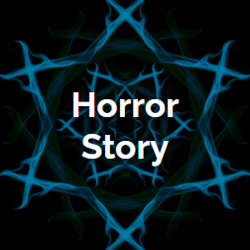