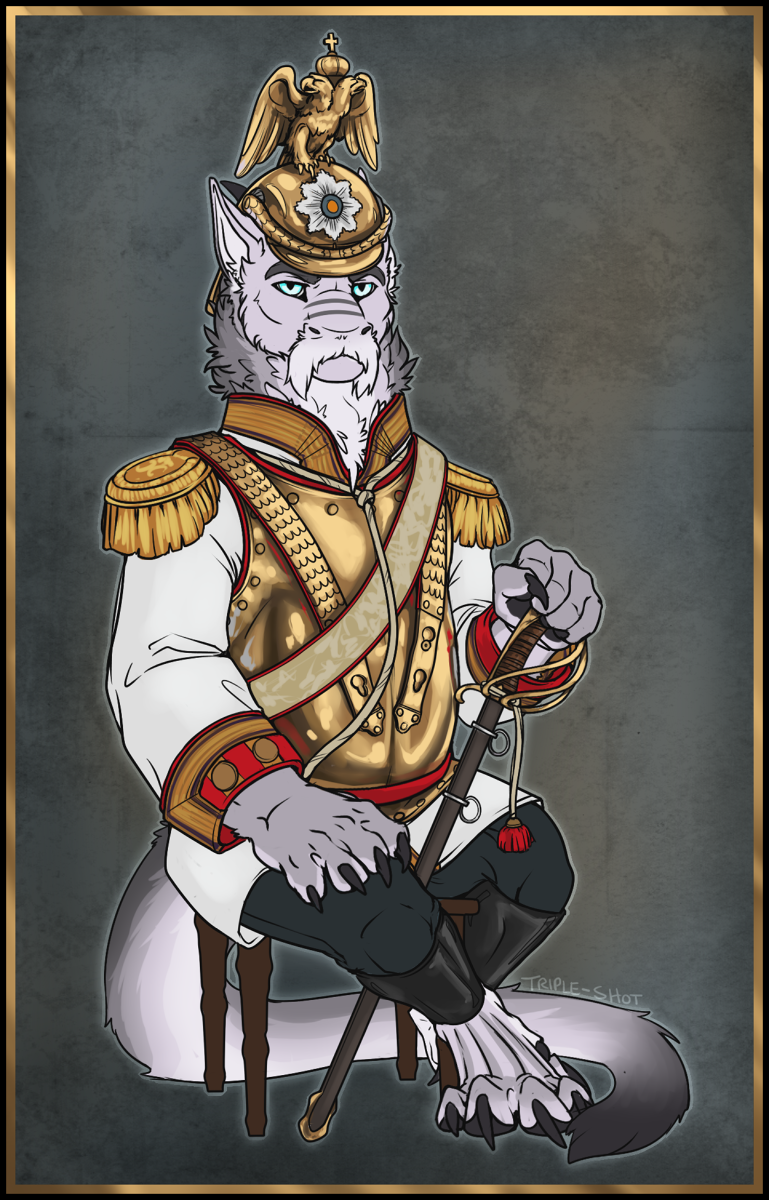 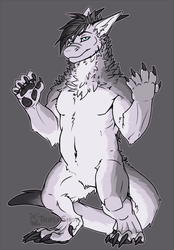 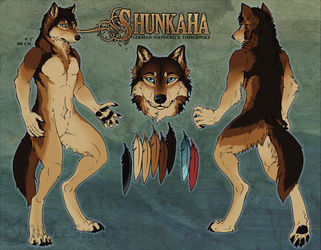 After working with Sovy to design his 'Snowvy' character I was asked to draw Snowvy in an outfit!

After scratching my head for a while (because I was given complete creative freedom) we decided on
an old white Russian officer's uniform (of which I've been wanting to draw for AGES.). Upon research, this wasn't
so easy to find reference for as I thought it would be! What I did discover though were some gorgeous photos of
a white wool officer's tunic (and cuirass/helmet) that was worn by (what I could find anyways),
The Chevalier/Horse Guard Regiment.

Also thank you Sovy once again for letting me draw your character with a glorious moustache haha.
Was also a challenge to