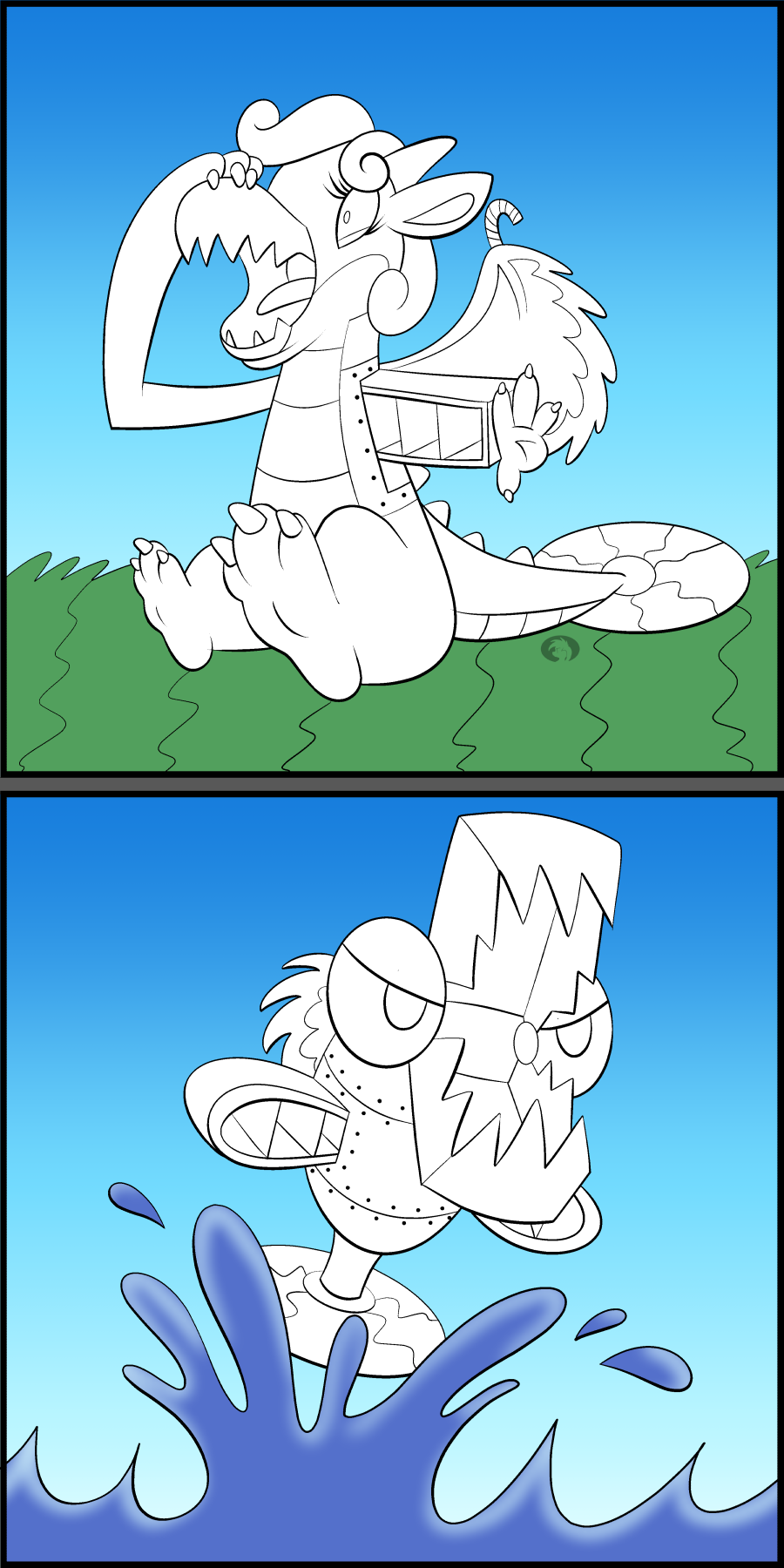 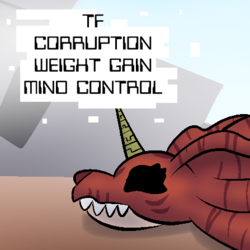 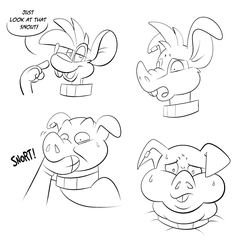 Gumdrop heard there were fish around this area and she wanted to see some, but she didn't plan on becoming one of them, or that they would be robotic and terrifying! Her jaw became more metal and similar to a bear trap as it clanked and snapped, while her wings formed into a saw blade. She could her body start to be held together by nuts and bolts as mechanical whirring was happening inside of her. She crawled over to the water and fell in, her tail acting as a propeller as it shifted. She sped through the water, realizing she couldn't breath, but also that she no longer needed to. Out of the water jumped an angry mechanical fish, looking for someone to chomp! Looks like there's another Badnik to get in Sonic's way!