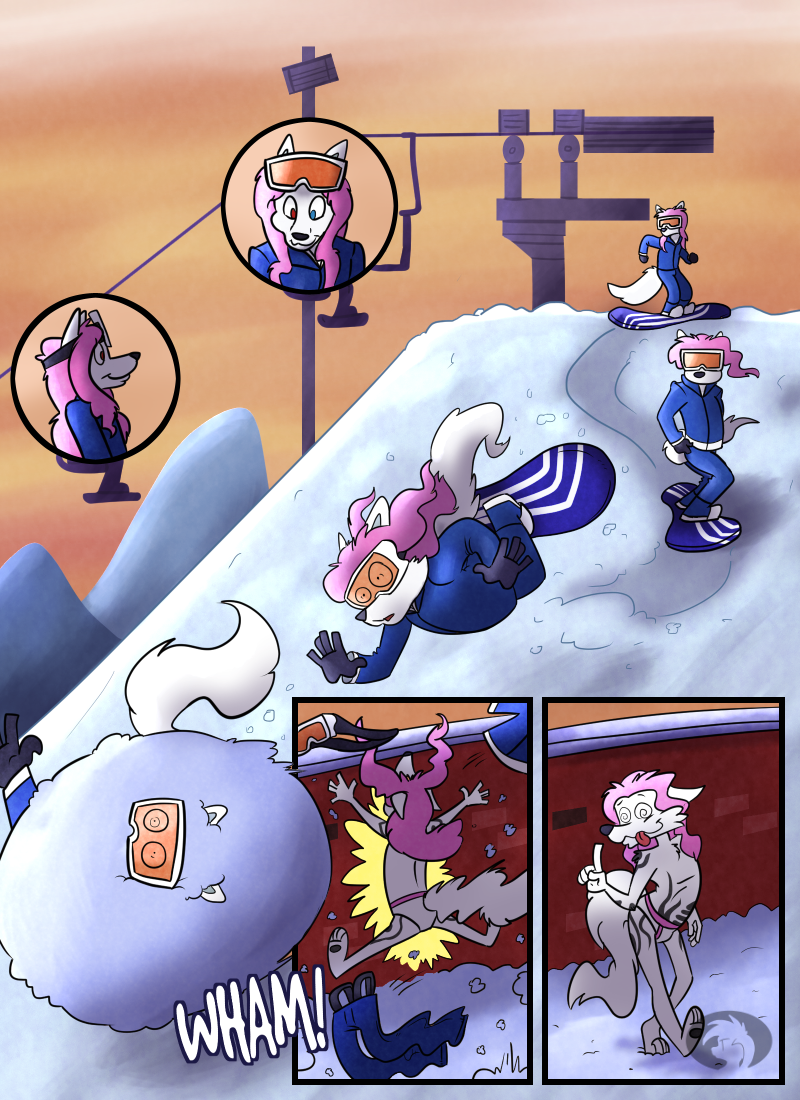 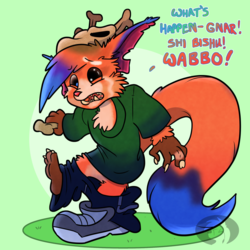 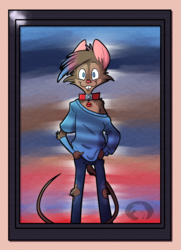 Commission for Saiandthefamilyscone on FA.

I love the way the layout turned out on this. It took me about three days to organize the layout itself, but I'm very happy with it.

Sai goes on a little snowboarding excursion, trips halfway down the slope, and turns into a snowball as he rolls down the mountain! Eventually, he crashes into a brick wall and all of his clothes (except for his underwear) fly off, leaving him dazed and confused!

It was fun to work on this one, but phew. There were so many layers to work with. Trying to get that snow to look and feel like snow was also a challenge. I had to look up some snowboard designs, snowboarding outfits, and what a ski-lift looks like for this comic.