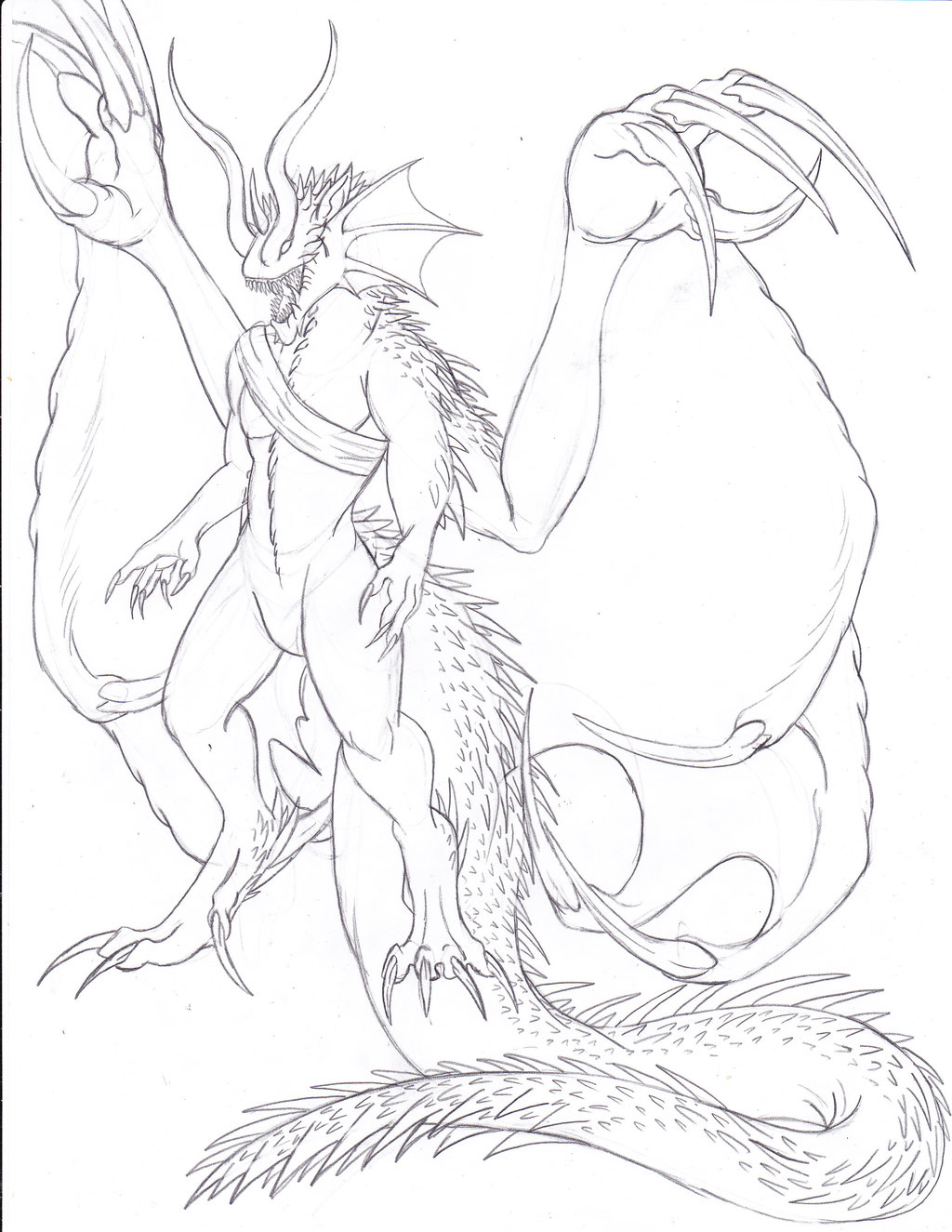 Meet Artemisios, a character for an RP setting that myself and TaiOshiro have been working with for awhile now. Artemisios is what you could call an 'anthro' Wyvern although I'd like to say he is more closely related to the Wyverian's in that he does have human or humanoid blood in him :dummy: although this is from our own headcanon for the world of Monster Hunter.

Artem is a Shagara Magala as you can tell although he's got a bit of 'mixed blood' in him, while he looks completely like a Shagaru he has some traces of Harudomerugu in him. Traces of the Harudomerugu blood are seen mainly on his back (although not visible here) which include a small underdeveloped set of wings, and larger 'plate' like scales. His horns are slightly different (longer and more curled), his chin 'fins' are also larger and he's more 'thorny' than your typical Shagaru as well.

Anyway, Artemisios is actually the 'grandfather' to another character of mine who goes by the name of Jem. He's actually a Gore Magala Wyverian and his father was the grandson to this guy here :V