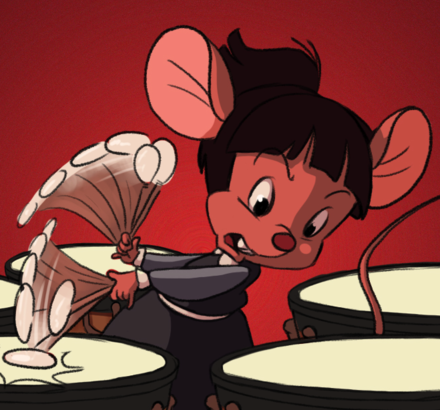 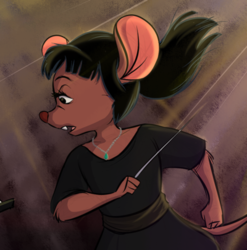 Despite the icon, on this piece I actually played marimba for the first movement and then vibraphone for the third movement both with mallets and bows. This is John Mackey's Soprano Saxophone Concerto performed by the wind ensemble I was in about 8 years ago now. This was probably one of most challenging pieces of music I've ever had to perform and we were actually only the second or third group to perform it shortly after it's premiere. (note, we did not play the second movement)

Program Notes:
To me, the saxophone is a kind of hybrid instrument; it’s essentially a brass instrument with a woodwind reed on it. Instead of valves like a brass instrument has, the sax has keys like a woodwind. (Many sax players even switch effortlessly from sax to a woodwind like a clarinet, and back again in the same concert.) So, I had an instrument made of three materials: felt (the pads of the keys), metal (the body), and wood (the reed). In fact, every instrument in the band can be placed into one (or more) of those “categories.” The brass section is made of metal, the harp is made of metal and wood, the wind section has keys, and so on. This realization gave me the central idea for the piece: a multi-movement work with the inner movements called Felt, Metal, and Wood, and with instrumentation chosen to essentially match those materials for each movement. The outer movements would be scored for the entire ensemble.

Movement three, “Metal,” answers that same question with, “the sax can play high and pretty.” This movement, scored primarily for metal percussion and brass, is a calm, lyrical contrast to the weirdness that preceded it.

It seemed silly to write a sax concerto and not deal with the fact that the sax is often heard simply playing a song in an intimate setting – say, at a jazz club. Movement four, “Wood,” is really just that: a simple song. The scoring here is, as you’d expect, woodwinds (including flutes, which aren’t technically made of wood anymore), double bass, harp, piano, marimba, and – as in every movement – the sax section. The piece of mine that led to the commission of the sax concerto was a piece called "Redline Tango," and specifically, the soprano sax solo that anchors that work. To acknowledge that, this movement, yes, is a tango.

Finally we reach the “Finale.” First, just a little background. My teacher in college was a composer named John Corigliano. Before I ever studied with him, one of my favorite pieces was his Clarinet Concerto. It’s not just a spectacular piece, but it’s easily (to me, at least) one of the greatest wind concertos ever written. When I got this commission, Corigliano’s concerto cast a pretty intense shadow over me. How could I possibly write a concerto anywhere near the quality of that work?

Well, I couldn’t – so I stole his. “Finale” starts with a nearly direct quote of John Corigliano’s Clarinet Concerto. In order to make it as meta as possible, my quote is in fact a quote of a quote. I’m quoting the Corigliano, which was, in these 6 bars, quoting a work by 16th century composer Giovanni Gabrieli, “Sonata Pian e Forte.” After my little tribute to my teacher, the solo part takes off for roughly four minutes of non-stop virtuosity. Here my answer to the question “what does a sax do?” was simply, “well, the sax can play some monster-difficult stuff.”