Lithe in Trouble by Todex 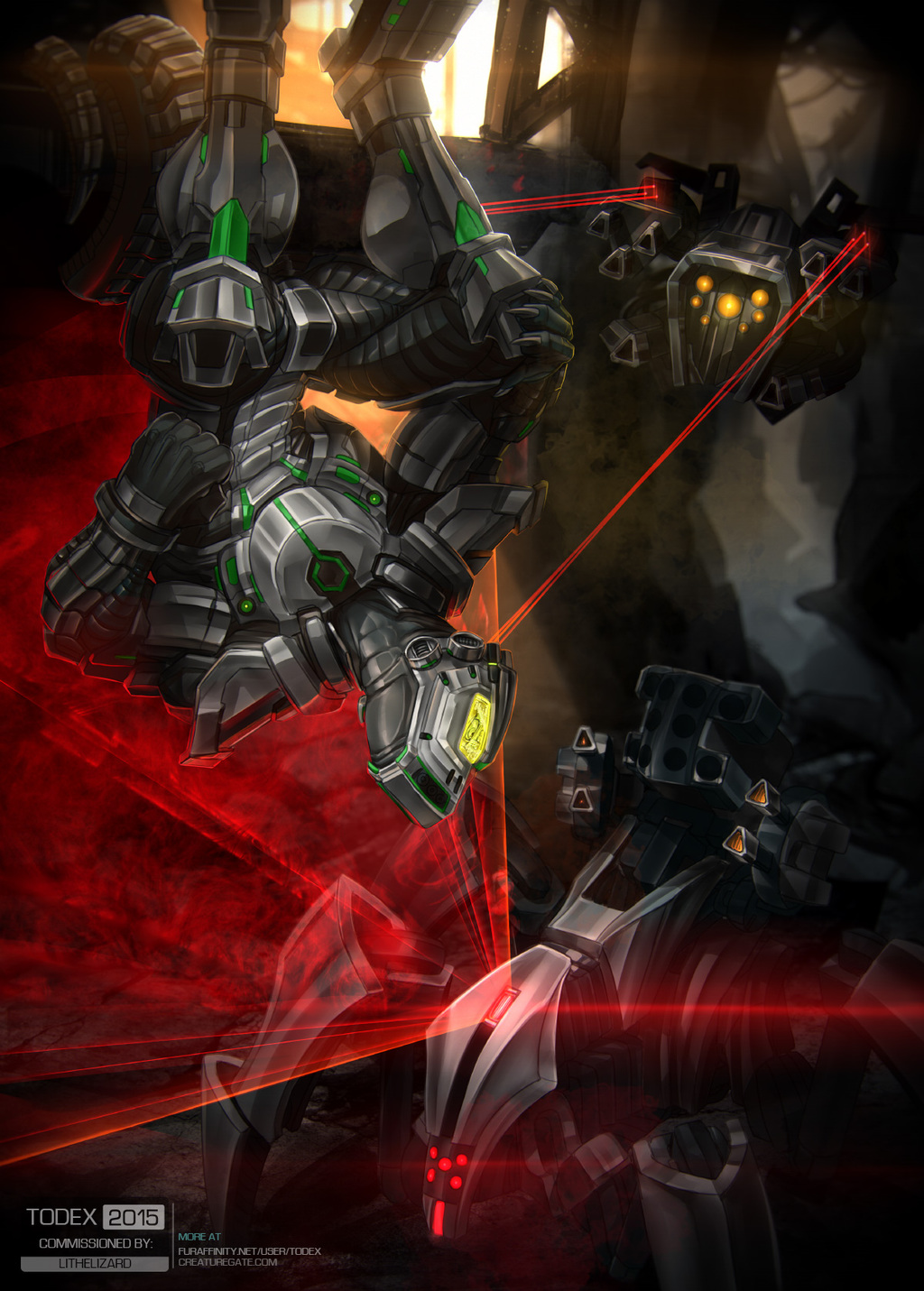 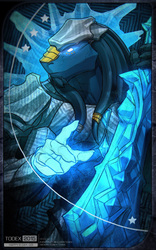 Entering restricted areas can be tricky, but it can also be outright dangerous if they happen to be guarded by drones or bots! D:<
Which is something that poor, yet sufficiently armored Lithe is gonna find out very soon!
@N@

Platinum commish for the gentlemannish and very patient Mr.

lithelizard , featuring his own armored self. :D

And don'tcha worry, he surely won't have to leave the place with severe injuries P: If he manages to get the hell outta there!
His armor is based on that Vanquish game (PS3/360, 2010), because that is one of Mr. Lithe's favorites in terms or power armor. With some adaptations of course since it needs to fit a lizardish head and tail and because I didn't copy some details 1:1 . :]
The two bots/drons heating up their weaponry and aiming are of my own design, based on refs that Litheman provided. Safe to assume that they're networked for maximum targeting efficiency. 8D

This commish took much time and effort, but it is good to keep one's skills sharp from time to time. Hitechy armor is especially unforgiving to inaccuracies, so that is helpful XD
Should have had this done months ago, but things always got in the way! So I'm glad it is done at last before poor Mr. Lithe man grows a beard and turns into an old gramps and falls into a grave. :D