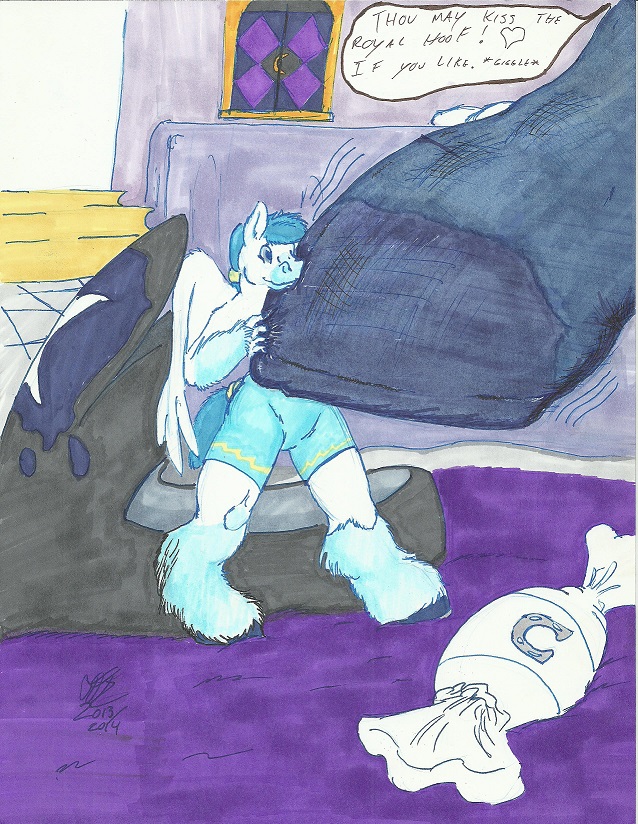 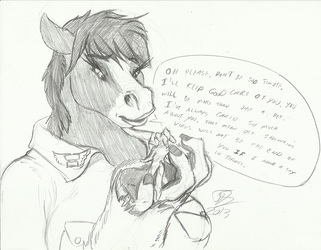 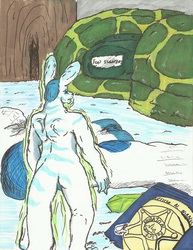 The white candy is a cocnut candy, [coconut causes Timote and by extension Winter Wright to shrink] Luna shared it with Winter and he became small to her surprise. He had been going to spit it out after realizing it was coconut, but Luna thumped him on the back when he made a face at the flavor and cause him to swallow. [I/Timote/Winter cannot stand coconut. I my face wrenches up when it touches my tongue and I feel physically ill from it]

It is alright though, because now she has a happy little hoof admirer for the royal hooves.

Princess Luna is property of Hasbro

Winter Wright is my OC pony character, that I only wish was in the show so I draw fanart so that I feel like a part of things in my own imagination.