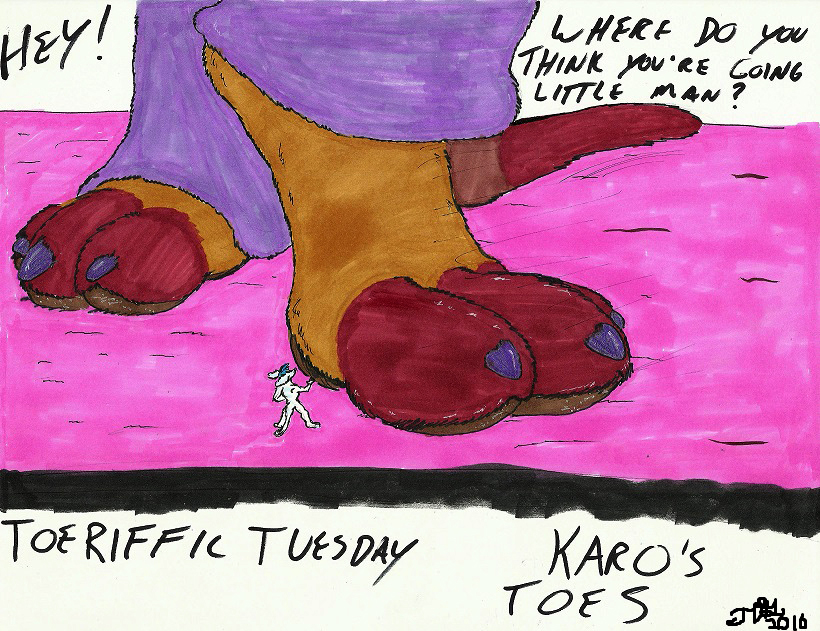 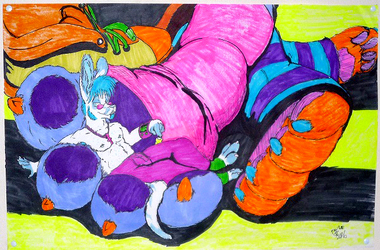 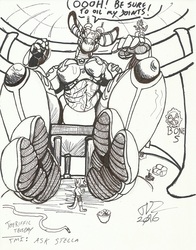 Karo, oh Karo. She was once my fursona and was a he with a pouch. Long story short, I felt a dramatic need to split from that identification and he later came back with boobs. A friend of mine borrowed the suit at a convention. that friend was female and playing a female character in a skit. aaaand...yeah. She come ssauntering up to me in my own suit and teases me.
So Karo is now her own character. This was years ago now, but I like people to have an idea of a characters background. Especially when a character means a lot to me.

What we have here, is Karo as Timote's highest potential love interest giving him one gigantic tease with her feet.
Gotta say, I'm a little jealous of the lil guy too.