How Stands The Glass- 15 May 1755 by Threetails (critique requested) 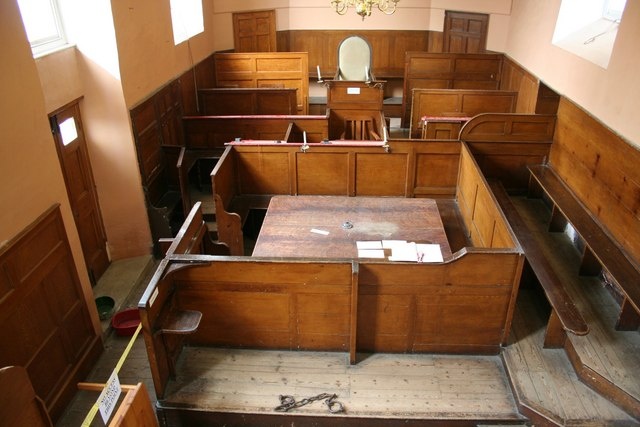 How Stands The Glass
by Rose LaCroix
Chapter One
15 May, 1755

A young wolf sat in irons in a polished wood corral, a soldier on either side and the judge- a wolf like himself- before him.

"Your Christian name, son," the judge bellowed irritably, curling his lip slightly and leaning forward with a predatory glare.

"That's what they call me sir. Don't no one know if I were baptized or nothin' like that. They reckon I'm some Jack's son though. 's why they call me Jackson, sir," the young wolf yelped nervously.

"And you've no father but God to the best of your recollection?" the Judge pursued.

The judge turned to the bailiff, a young-looking cat. "Let the record show the defendant, with no father but God himself, shall be henceforth called 'Adam Jackson' in our proceedings and in perpetuity by the agents of the Crown," he said, dropping his gavel once.

"Bless me! You're going to christen me today, then hang me tomorrow, then?" Jackson said, ears back, tail tucked, the chains that bound his hands rattling audibly as he shook in terror.

There was uproarious laughter. It seemed to Jackson too much laughter, and he had never been more relieved to hear the sound of the judge's gavel.

"Order! Order!" the judge called out in a clear tone. "Whether or not we hang you, boy, depends on you. Now, you are charged with the willful destruction of property belonging to a bishop of the Church of England. How do you plead, young Mr. Jackson?"

"Yeah, I done it, sir. I throwed that rock and broke that carriage winda. But that bishop boxed my ears right good so I reckoned we was even, see," Jackson replied.

There was a hushed murmur in the courtroom that died down with a single bang of the judge's gavel.

The judge cleared his voice. "Adam Jackson, I might hang you for this but you took responsibility for what you have done, and you are obviously a poor boy and a rather stupid one at that. You have my pity. For this reason I shall give you a choice. You may either be transported for life to the American colonies, or you may choose to stay in England, in which case you shall be taken to the gallows at Tyburn and there hanged by the neck until you are dead."

"I reckon I won't enjoy being just christened much if you hang me tomorrow, sir," Jackson replied. "I'll take my chances in America, God have mercy!"

The judge smiled. "Not so stupid after all, I see," he said dryly. "Right then, I hereby sentence you to be transported for life to the Province of Massachusetts Bay. May the Lord above and the good soil of America will rid you of your wicked ways and make of you a good subject of the Crown." The judge dropped his gavel.

The judge and bailiff exchanged documents, and the judge signed and sealed a letter that he then handed to the bailiff, who then handed it to one of the soldiers who stood on either side of him. "Take him away," the bailiff rasped.

At this, Jackson found himself dragged from the Old Bailey by two soldiers, one a polecat with a scar across his face and the other a badger who smelled as if he hadn't bathed in days. They half pulled, half carried him to a waiting wagon, threw him in the back, and in a moment the wagon was off back to the dismal Gaol where young Jackson had already spent more time than he cared to count.

His heart sank as they dragged him in through the heavy iron doors and down stone hallways, past prisoners of every age and species who hurled insults and threats at him. One prisoner threw a bottle, but this was followed by the polecat delivering a swift blow to his head through the bars with the butt of his musket.

The wolf was led back to the cell he had just left only an hour before and thrown in roughly. "Best hope you don't get sold for slavery, 'less you like bein' worked to death in fields hotter than the blazes!" the badger laughed, slamming and locking the heavy iron door.

Jackson curled up in the corner on a pile of musty straw. He hadn't thought of that. Most of the slaves in the Carolina colonies were brought from Africa, but not all. Some had been English and were treated no better; the whips of the overseers didn't care if you were English or African. Those lucky enough to be given their freedom still bore the brands of a slave and the marks of the cruel lash for the rest of their lives.

I'm a damned coward. I should have let them hang me, the young wolf thought, weeping silently to himself, cursing his will to survive while at once falling prey to it as he searched for some scrap of bread on the filthy floor, then collapsed in total despair at finding no such morsel, his chest heaving in deep, agonized sobs. 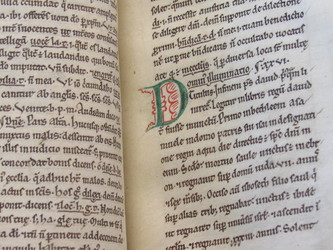 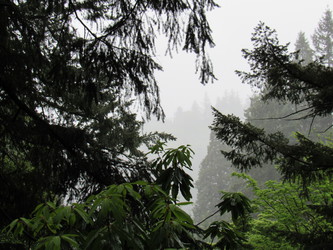 Just a sketch for a possible future project.

"How Stands The Glass" is actually a meta-reference; it's mentioned in "The Vimana Incident" and "The Linen Butterfly" as a historical novel written by one of the characters, but I want to make it a thing. The title is in reference to a song popular with British soldiers in the 18th century, called "How Stands The Glass Around" that pretty much inspired the whole thing:
https://www.youtube.com/watch?v=ZNeXl-9vepM

This is how I intend to open it, or at least a very rough, skeletal draft of where I'm going with it. The character Jackson is transported for life to the American colonies, where he is brought under the wing of a printer in Boston. A few years later, having moved to upstate New York, he stumbles across a revival being put on by one of a new breed of charismatic preachers common in the American colonies at that time.

Flash forward to 1774. Jackson (Now known as the Hon. Rev. Adam Jackson) is now a popular itinerant preacher with a vendetta against the Church of England, and has become a firebrand for the Revolutionary cause. He has come back to New York where two red fox brothers are at a crossroads. One brother is instantly taken in by Jackson's fiery sermons but the other is skeptical, uncertain of the agendas of the revolutionaries. When war breaks out, the two brothers must go their separate ways and from there the story focuses largely on them.

The story attempts to do something rare among American literature: to take a neutral, objective view about the American Revolution and what it actually meant to those involved. The theme of brother-against-brother drives home the true dilemma that all war brings with it and gives us a device to explore the same conflict through two similar minds.

Here we see my very first sketches of the opening scene where young Jackson, having been caught throwing rocks at a bishop's carriage, is brought to trial. I basically wrote this in about 30 minutes to test out my ideas.