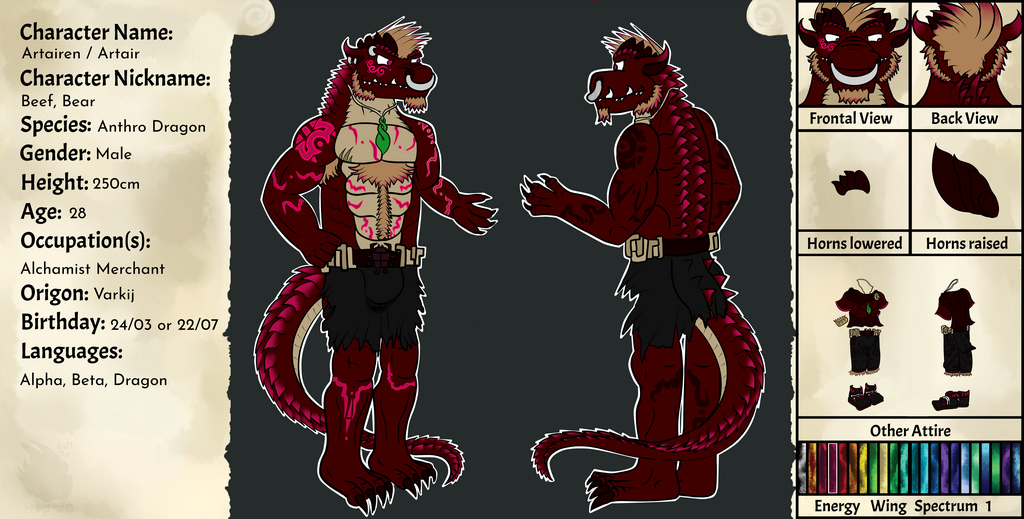 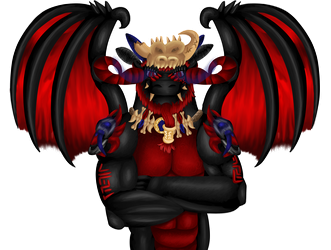 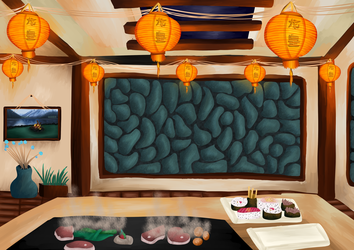 Here is my second ever croco-derg character
The energy wing spectrum is incompete but those are just some of the possiblities for his species, however the one selected with a white box around his colour

Artairen is one of Scorch's friends or was it brothers idk honestly, he's about 6 or 7 years older than Scorch but was in the same classes in school so they know eachother quite well, they also both left the varkij valley at different points in time, Artairen travels and sells his alchamical formulas, there a little better than Scorch's, he also knows more 'special' formulas for some other things...

Character Name: Artairen / Artair
Character nickname: Beef (cause he's a buff guy xd), Bear (since Artair is celtic for bear i think?)
Species: Anthro Dragon - subspecies croco-derg
Gender: Male
Height: 250cm (he adjusts it at will but prefers to be taller than his friends.)
Age: 28
Occupations: Alchemist Merchant
Origon: Varkij Valley (Pronounced Var-key)
Birthday: 24/03 or 22/07
Languages: Alpha (What his species calls the main language spoken between all creatures from anthros and humans), Beta (known as odds and ends from many different languages, it in itself is not a language.) , Dragon (His native tounge)

Apperance:
Artair / Artairen is a buff anthro dragon with dark red scales. His chest is a light brown colour. His horns are almost black but are a much darker red colour. His hair / fur is a darker than his chest brown colour. Artair / Artairen has a few birth marks all over his body, these are normally the same dark red as his horns, however when casting a spell, or in a lot of anger or lust they may light up a bright magenta colour. The birthmarks all over his body are like little swervey lines that look like an undefined path of sorts. He has a birthmark under his eye and on his shoulders too, the one on his shoulders is a symbol that represents his family’s clan in a way, the symbol was inherited from a cross between his parents. The mark underneath his eye is thought to represent a constellation in the sky or what his future might hold, nobody quite knows. Altair / Altairen’s crocodilian tail came in very early, much earlier than the average age for the tails changing, he was very proud about that, since in his home city of the croco-dergs, having a crocodilian tail is a good thing that represents many things, some crocodile dragons can hide and show the plates at will however, he cannot. Like most of his dragons species, his four biggest teeth can retract for whatever reason he might need to do so. His iris/pupil is a magenta colour, while his sclera is white. He has some fluff on this body, being a crocodile dragon with fluff / fur / hair in some places makes you respected in some sense as long as your not covered in the stuff, I mean sometimes its good just to have it to add character or warmth. He has 5 piercings, one large nose one, its fake but hard to detach. One eyebrow one and two ear ones, he thinks they make him look better but they just make him a little more intimidating. He always has with him his pounamu / greenstone necklace from his homeland, it’s a reminder that he can always go back and see his family whenever he wants.

Apparal:
He generally likes to wear anything black bellow his belt and above something dark red or dark magenta. His fur is dyed a little in some places, he likes the tips to match his scale colour. he wears all kinds of things from his vally's tradtional loin cloths and belts, to shorts, shoes and shirts, hoods and capes, really anything

Personality:
Artair / Artairen is alright to be around, maybe a little too persuasive in some ways more than others. he likes all his friends and even sometimes is a little cheeky sneaking a freebee potion into their bag to see if they'll try it. He's not shy at all but not generally outgoing, usually likes others to approach him instead. He doesnt mind getting into a fight and proving he can win if the other person was edging him on a bit, i guess he could be considered more of a dominant sort of guy in bed and in person, mostly having to have his way, however with his friends he gives a little more leeway, sometimes letting them be the decision maker. He can be kind so long as your not rude to him, he really doesnt like it when someone insults him. He's affectionate towards his friends and likes trying new things whether its food, locations and other stuffs.

Possible Abilities:
Energy wings - All his species can use them, however the more they are used the more tired it makes them feeling
Arcane arts - he knows some magic, just what he learned in school, nothing too advanced, i'm sure scorch knows more.
Elemental Affinity: he can use his familes elemental trait, however thats a mystery, not even scorch knows what it is since he seems to never use it in public and has never shown Scorch. Any sort of magic he uses, uses his own energy and like his wings the more he uses any form of magic the more it drains his own energy.
Alchamy - he knows advanced alchamy, makes a living off selling his mysterious potions, never lying about their effects.
Survival instinct - His species have sort of like a default instinct that stops them from the brink of starvation, luckly nobody has suffered it in over 500 years because where he is from they make sure even the poor or wounded who can't hunt or work get a little bit of food.
I dont have much facts to say about him so feel free to ask questions :3
Art and Artair / Artairen belongs to and was made / designed by :iconTheScorchingDragon: (Me)