Skinning rabbits in the middle of nowhere by TheScatterbrain 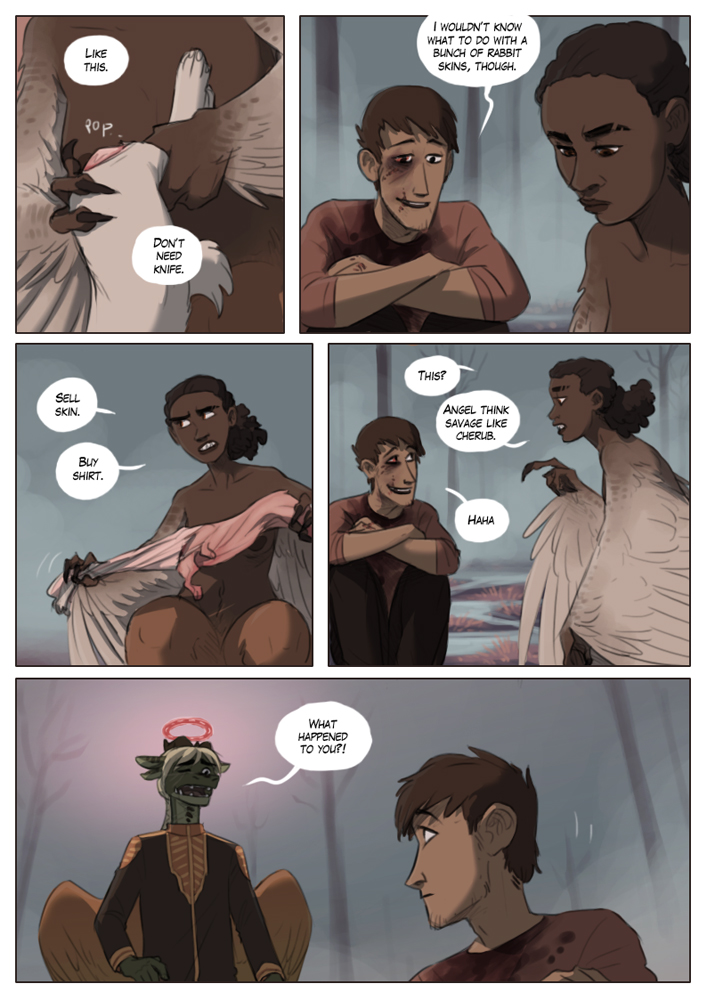 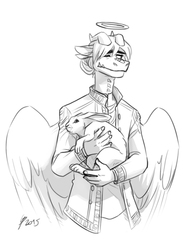 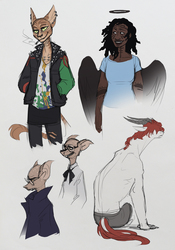 Skinning rabbits in the middle of nowhere

I think she's trying to tell you that you look like shit, Jerry.

One of these random comic pages that doesn't involve Madison??? In which Balthazar is on taxi duty and Jerry demonstrates that you can have perfectly nice conversations with cherubim when you're not a racist asshat.

Jerry worked for Heaven as a spy for a long time, meaning he spent most of his time travelling around Hell on his own. Not that he has ever minded being alone, but when something goes wrong it kinda sucks.