Going for Pinks(?) by The Pink Rose Of Texas 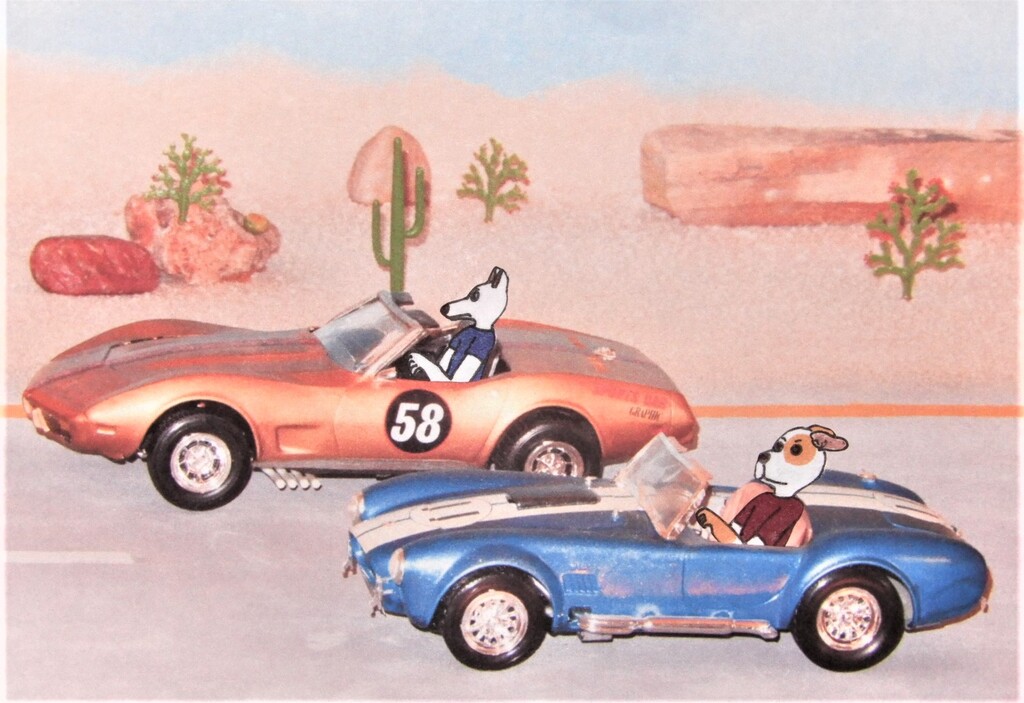 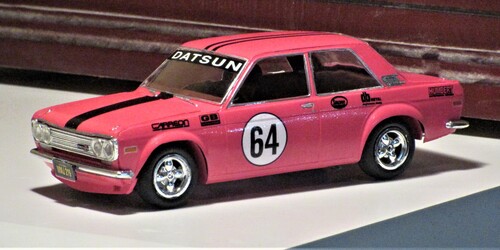 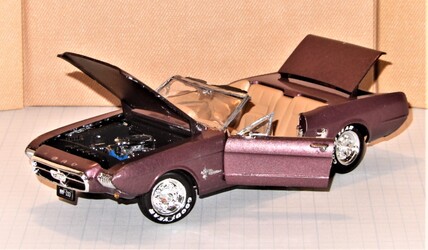 Is it a friendly competition between these two fast drivers...or is it a "winner-take-all" event in which the loser gives up his car?
It's Jack Husky in his Chevy Corvette versus Riley Pitbull in his Shelby Cobra in a race along a lonely desert highway to see who has the faster car. Which one do you think will win?

This scene was inspired by a comment made by "REALVOYER" of DeviantArt when he saw the desert diorama I made earlier. The Corvette and the Cobra are two of the model cars in my collection. After photographing the cars on the diorama, I printed the photo and added drawing of the two drivers.
Hope you like it!