Whammy Meets His Roots by The Pink Rose Of Texas 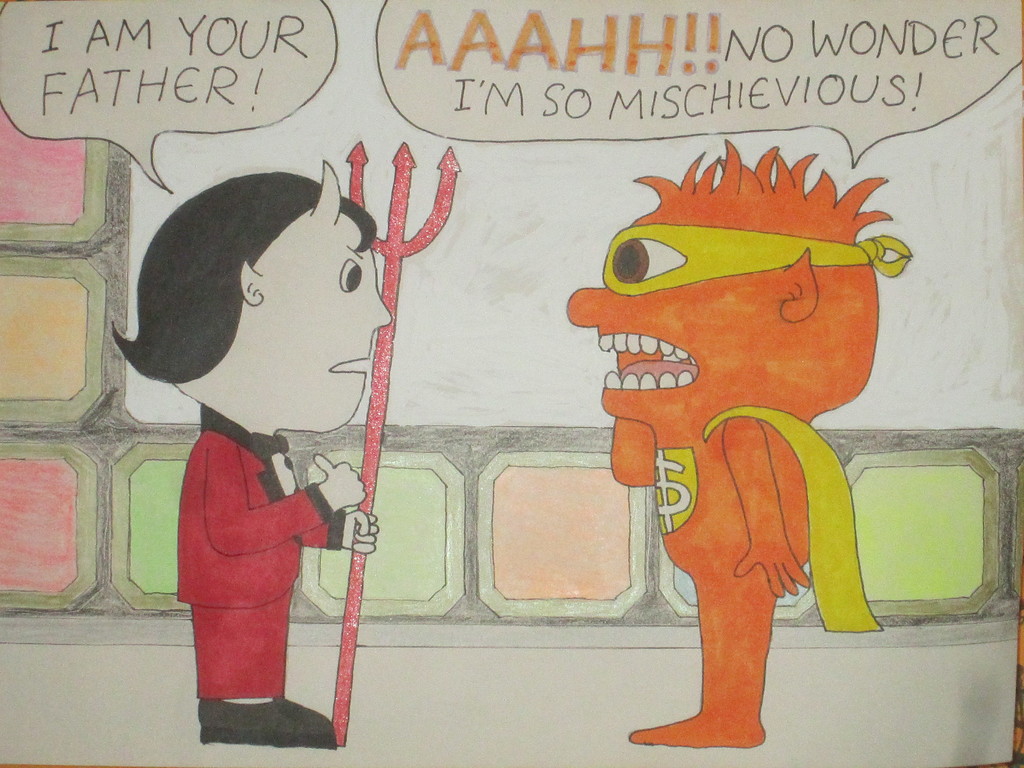 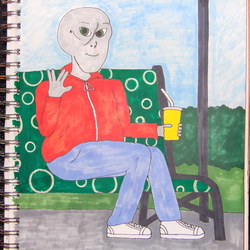 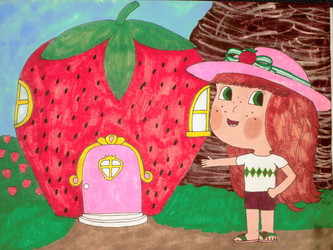 I recently decided to recreate a "Star Wars"-ish scenario in which the Whammy from Press Your Luck meets his ancestor, the Devil from a '70s game show called Second Chance.
Believe it or not, Second Chance was actually the prototype for Press Your Luck. The rules were similar for both games. The contestants would write down their answers to a question posed by the host. If they were right, they'd get 3 spins. If they weren't, they'd get a second chance by choosing one of 3 possible answers. If they chose the right one, they'd get 1 spin. They'd then use those spins to acquire cash and prizes on the big board. However, landing on a devil meant losing whatever they accumulated up to that point. Check out these videos and you'll see the similarities:

Much as I like the former series' cutesy Devil design and swingin' theme song, I prefer the latter series for two significant reasons:
1. The spaces on the board were constantly changing.
2. The Devils weren't animated like the Whammies.

Still, I hope you enjoy this little piece of nostalgia and the links included with it.

Fan art belongs to me, characters belong to Fremantle Media.