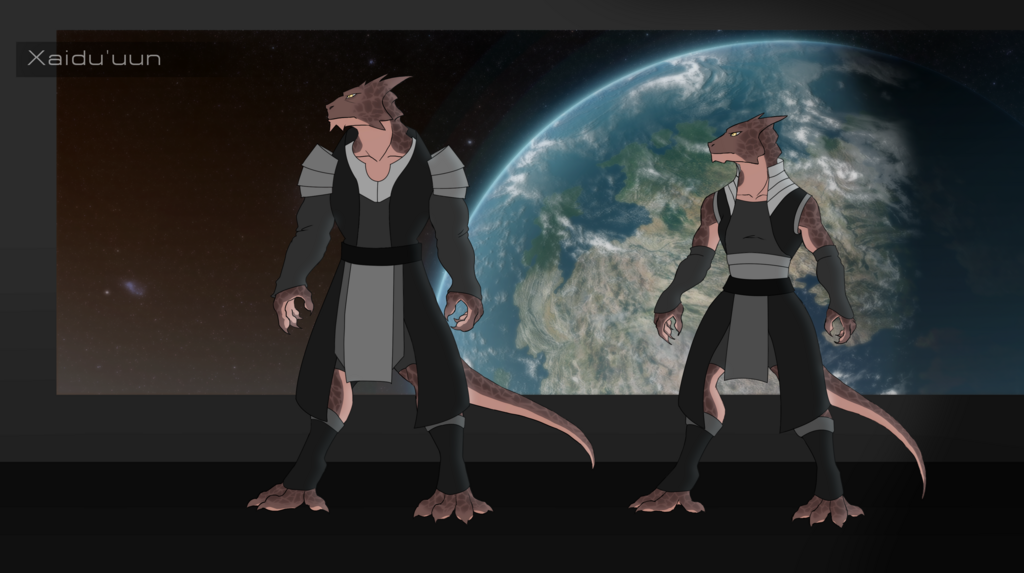 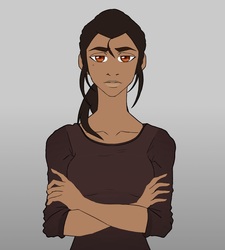 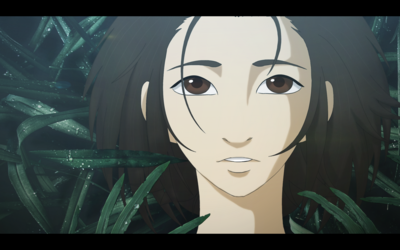 The Xaidu'uun are the single primary race native to the planet of Xaidu'tu.

They are a bipedal race of reptilians, with a multitude of differing cultures which span across their planet. As of now, their presumed population is around 4.8 Billion.

The common diplomatic language for the people of this world “Ki'dishi,” a langauge with a glyphic-based logographic writing system.

It is known to be an incredibly difficult language to learn, not just for members of different races from other worlds, but even for xaidu'uun who are not native speakers.

Their most defining cultural aspect is their idealization of honor and respect, in a multitude of different forms. They are also strict in terms of the use of proper etiquette for the right places and the right times.

Their societies are mostly patriarchal, and often favor their men to become leaders and soldiers, whilst women are reserved for more “secondary” positions.

As of recent times, more xaidu'uun women have been voluntarily serving in militaristic settings, despite whatever societal odds may be set against them.

So far, they have good diplomatic relations to those who hail from Earth. The race known as the humida are considered by them to be allies.
.

The example shown above are of North Western continental ethnicity, which are known for their reddish brown colored skin, and their sharp and highly defined horns.

Humans on Earth sometimes refer to them as "draconians" or "beastmen." Though in the late 2010's, this terminology was dropped, as it was considered to be derogatory.

Very few humans can ever really learn to read and speak Ki'dishi fluently. Even when they do, they have the tenancy to pronounce many words incorrectly, or use the wrong corresponding tones for certain words.

It is especially difficult for xaidu'uun to learn how to read and speak English, especially if they already happen to be a native Ki'dishi speaker.

The largest and most powerful country on this world is, by Earthen politican standards, a Socialist Republic State. Though they do not refer to it as such, as Ki'dishi has no defined words relating to this terminology.

They are nearly as technologically advanced as humans on Earth, though have exceeded in the abilities of traveling through spacial gates using massive ships.