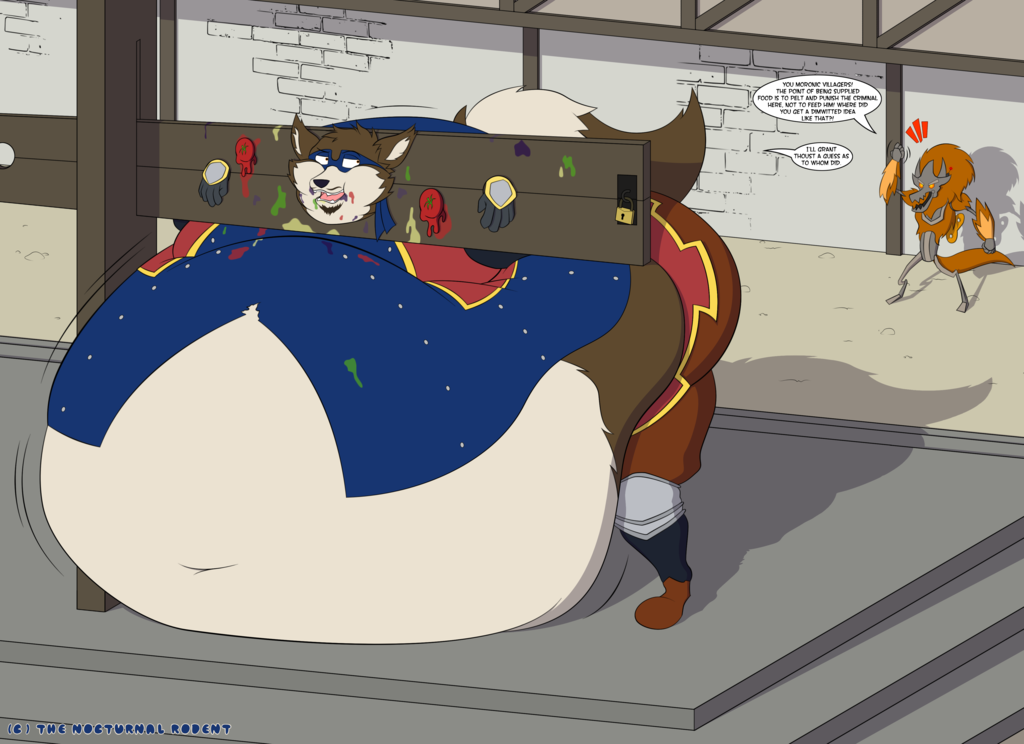 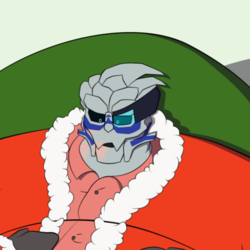 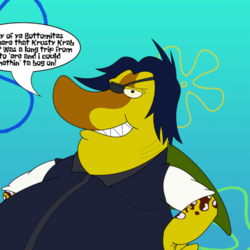 First pic of the new year!

This is an idea I only thought of recently and I had to try it. Galleth, for his thievery, has been forced to undergo the old punishment of being put in the pillory and face public humiliation. Generally that consists of having your hands and head locked up and being forced to stand for grueling hours while people often throw food at you.

Seems that though instead of being covered in food, most of it ended up in him. Galleth's charismatic enough to convince the townsfolk that they're supposed to stuff him as punishment, much to the mechwolf's dismay.