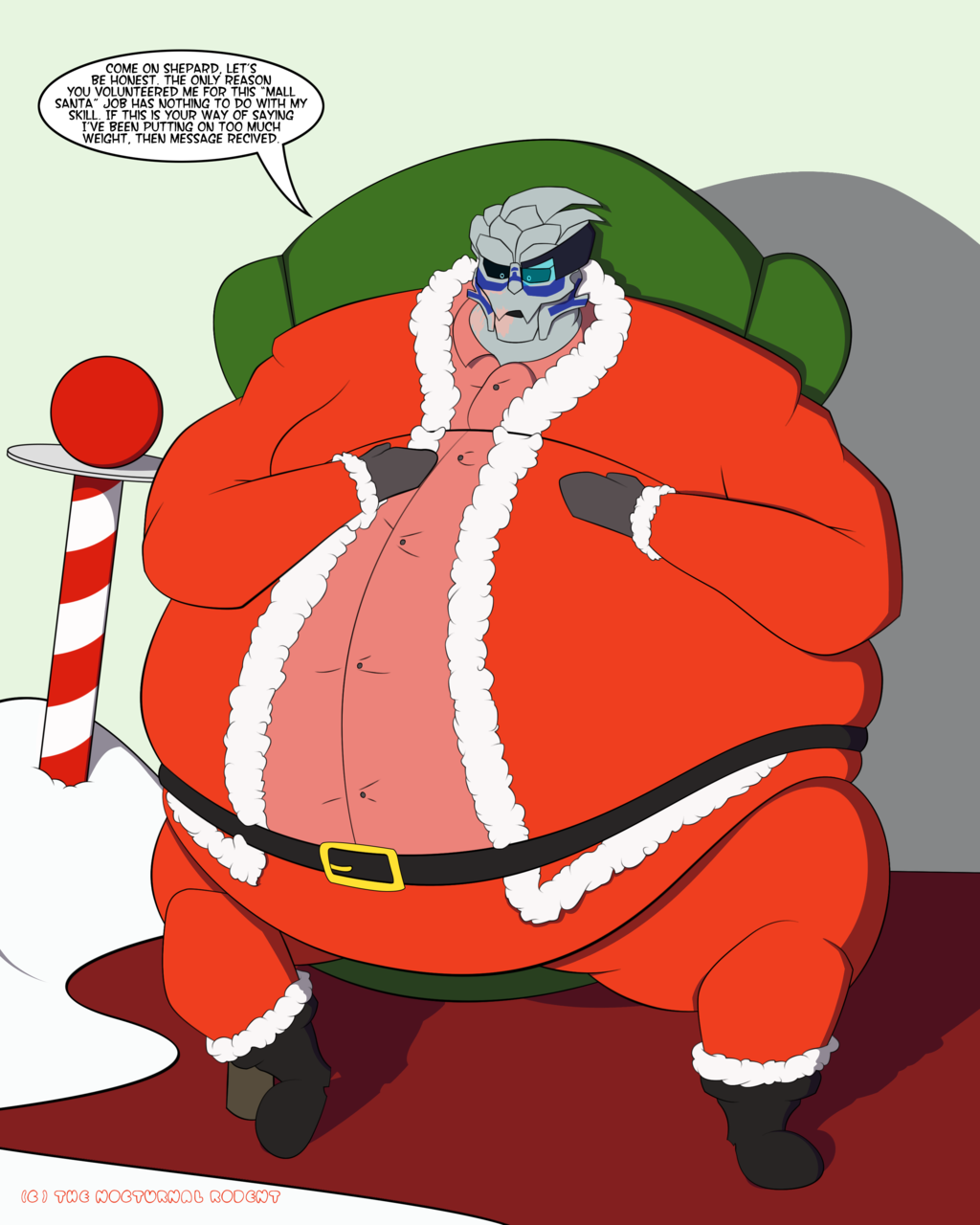 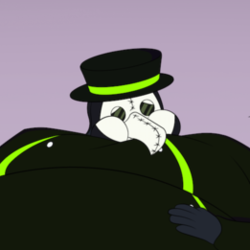 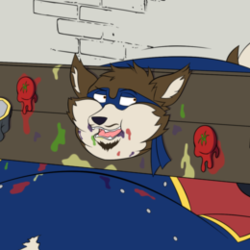 Never made a Christmas pic before so good time as any to start! I had this Garrus pic in the works and didn't know what to do with it but :iocnSwatthefox: and I had a discussion of Officer Garrus being made to be a mall Santa and it seemed like the perfect time to do the pic. Plus it allowed me to work with reds more.

So since Garrus has been putting on some weight, he's the perfect candidate to be N7's volunteer for being a mall Santa. Granted, a few days before even doing this Garrus had no clue what Santa Claus was, or even what Christmas was. He's still not exactly keen on the idea of Santa either - some strange old man breaks into people's houses? That's a little sketchy. But if it makes kids happy then e supposes that it's fine.

Of course with a belly that big, it kinda makes it hard to have anyone sit on his lap. XD

Merry Christmas by the way to anyone that celebrates it. Also Chag Urim Sameach if I have any Jewish followers :)