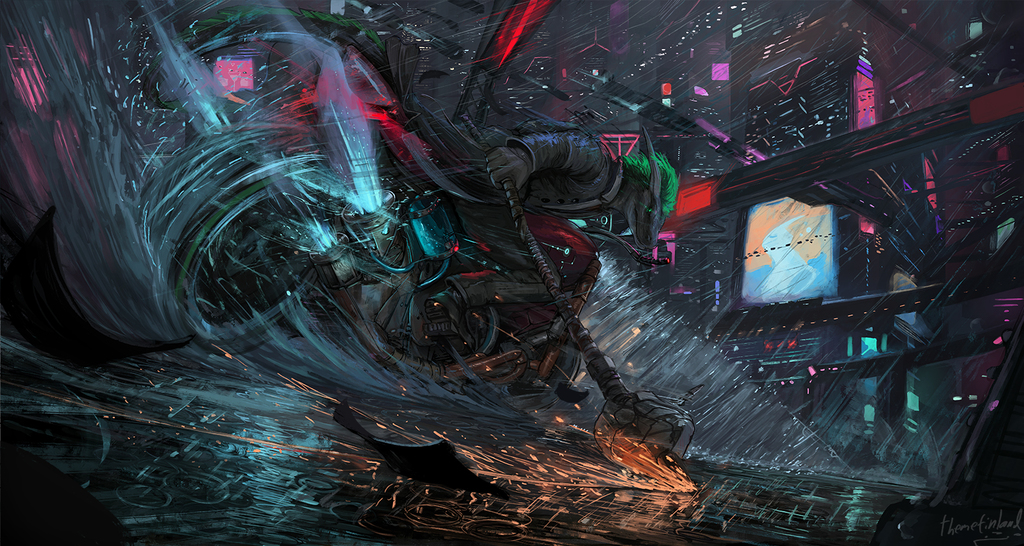 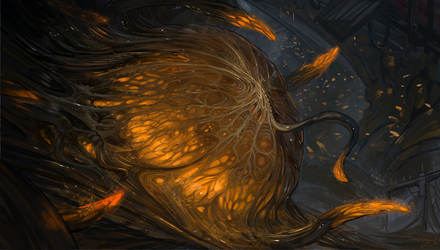 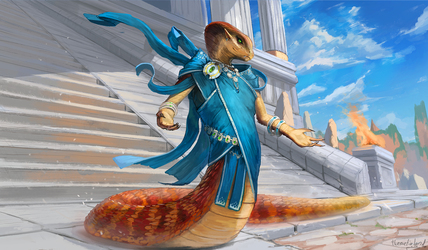 This was a commission for hypocriticalDragon of their character skirting through the streets on his motorcycle. They also were kind enough to provide a description for this one, which you can read below:

"ARELOF-7. A sprawling, seemingly never-ending maze of city streets and alleyways, ARELOF-7 had been constructed with the express purpose of helping to relieve overpopulation. Built into an orbit around Jupiter’s moon Titan, ARELOF-7 has since become a staple of the Sol system, among other settlements on Mars, Mercury, and other space-stations around similar moons.

Dominic had made this city his home decades ago. He could never quite get used to the bustling mess of it all, despite having come from an Earth city himself. But living as long as he did could do that to anybody. His days blurred together, and he could only watch as technology became increasingly more foreign to him by the day. With the last commercially produced combustion engine rolling off the assembly line nearly two hundred years ago, seeing one nowadays was impossible.

But not for Dominic. A dragon of a different time, Dominic clings desperately to the technology he’s familiar with, even if it means extensive modification. His bike runs off a custom-made “Frankenstein-03” engine, an amalgamation of modern ionic technology and the combustion engine of years long gone. While hovercraft and flying cars stream overhead, comfortable in their uniformity, Dom forges his own path, cutting through forgotten ghettos and unmaintained streets, even if it means bashing a few heads in that might stand in his way.
"