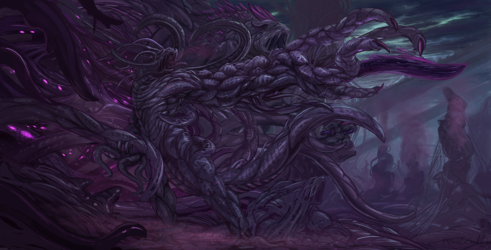 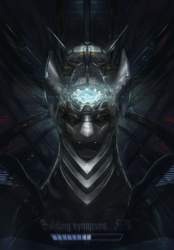 This was a YCH featuring the characters of (from left to right): Caervec, redblackdragon, Ramzan and Rufran. Thanks a dozen for everyone who partook in this YCH auction!

"In the middle of the rain forest where even a giant could feel small is rumored to be the ruins of an ancient civilization. Within these ruins is supposed to remain their most precious treasure, a deep purple gem. The wielder of which is supposed to be granted the ability to control the giant beast that still hibernates somewhere in the jungle. After several days of expedition the excavation crew finally unearths the ruins and the gemstone is found. However, what they had not taken into account was how hungry the beast would be after it awoke."