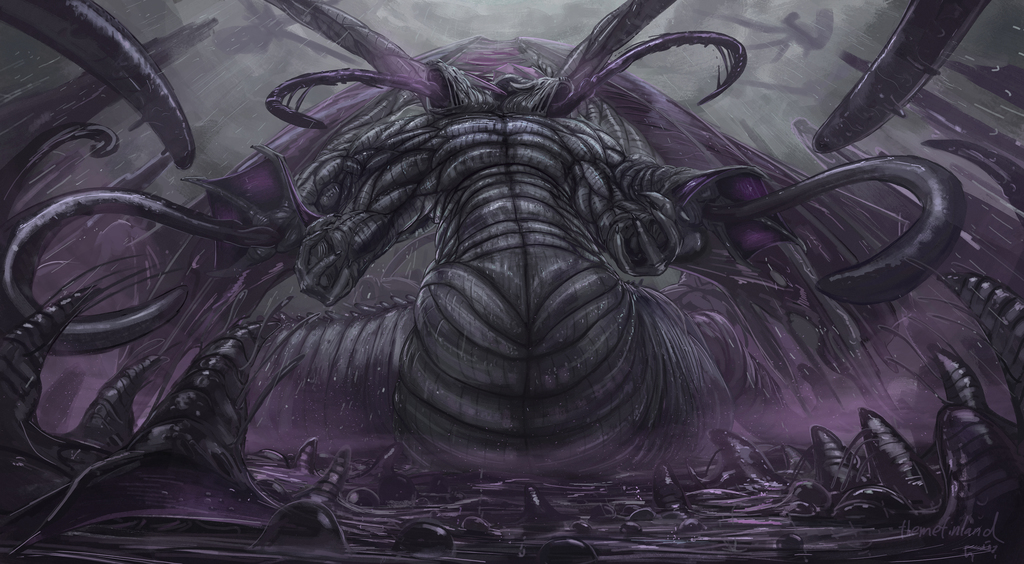 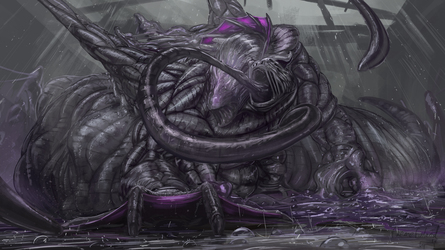 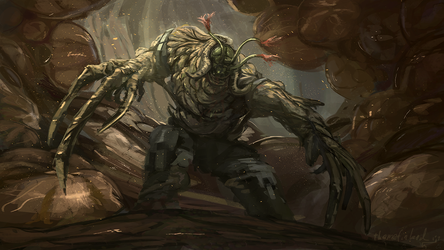 "The naga and the dragon howled as the transformation came to completion. The dragons mind had been conditioned to become compatible with the amalgamate during its assimilation, the dragon forgetting everything irrelevant that it did not need in its new form. It did not remember what it used to be before nor did it matter anymore as by merging with the naga the dragon had formed into a matriarch of this new brood. Through the dragon the amalgamate learned of several places where other species are holed up, giving the newly formed matriarch a clear destination, a place where it may find more creatures to convert to the amalgamate. With the dragons new intimidating size and form few would be able to stand in its way."