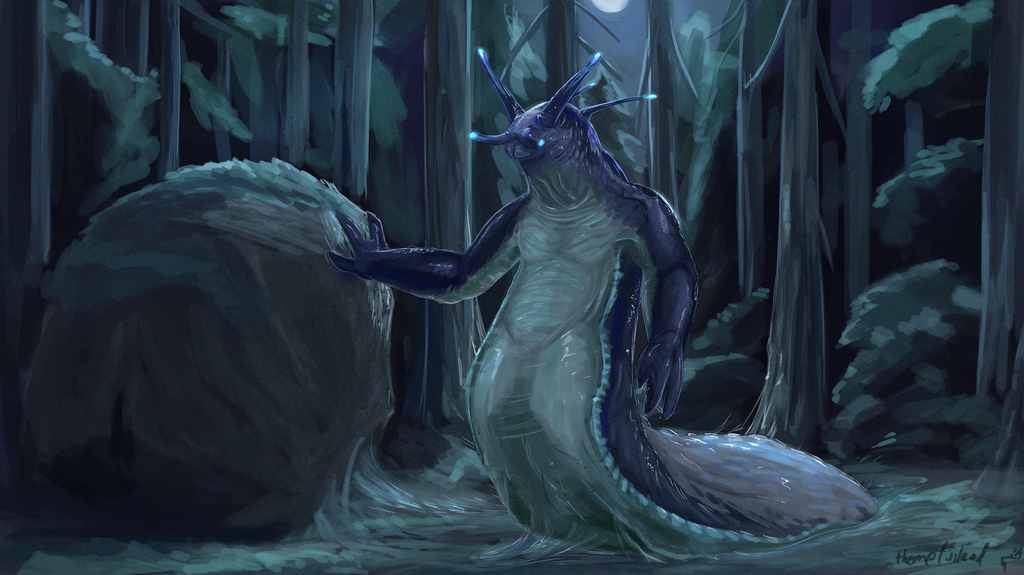 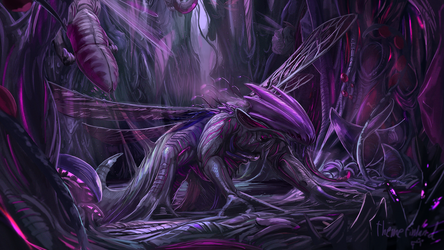 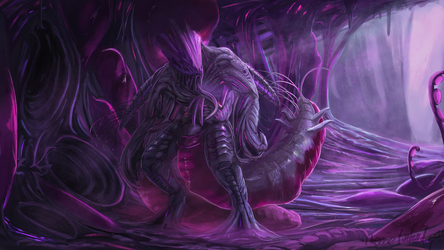 Endemic to the northern parts of the world, moonlight slugs are a monstrous creatures with the appearance of a slug. Their defining feature is their body and slime that glows in direct moonlight. It is easy to find places where they live as during a clear night their habitats are covered in a eerie blue glow which is easily noticeable. Indeed this feature has not gone unnoticed and this slime is often harvested, dried to a fine powder and then used to create unique and expensive items that will glow at night, very popular among the higher echelon who want to give their gardens a unique look. As a species however they have achieved a sort of a mythological status due to their rarity as only a very small percentage of the population have this glowing effect. The regular blue slugs are impossible to distinguish from the moonlight slugs without moonlight making it a hard task to find a moonlight slug.