You play an active role by giving feedback throughout, to make sure the analysis is right.

Want to see the questionnaire for yourself to decide if this service is right for you?
★ Request a questionnaire ★
Message me | hello@thecharacterconsultancy.co.uk | Web Form 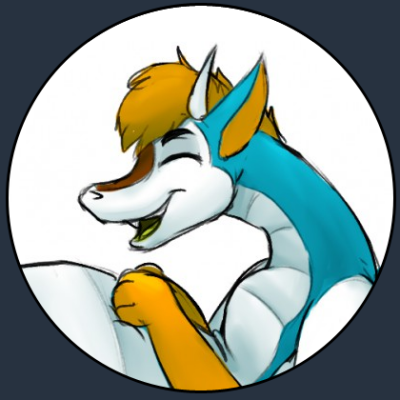 Read about the experiences and results other people have had:

"Hayley does a fantastic job of describing fictional character's personalities from a psychological perspective, how they develop, what drives their motives and ambitions, etc, utilizing her expertise in psychology and referencing her sources in her studies. She focuses less on what characters look like and pays attention to the very important element of who they are inside. It's real neat!

"I can say that this [No Frills] has helped me with writing the character. The layout and the ideas embedded here help me think of how she will react when she is given a situation and I feel that the reaction is more organic and in keeping with the character. I love how you have taken the ideas with which I have given you, and helped me solidify the character. I will definitely be talking to you again when this book is completed and I start on the second in the series. If not before then in regards to a few of the other main characters, such as Sable and Thurginn.

"I requested a reference sheet from The Character Consultancy because it was something I had not seen offered before: an offer to analyze my character in various ways based on supplied questions. It's interesting to see Tau's life explained through the eyes of someone well-versed in character nuance!"

No Frills (used as a reference for a story commission)

"I was having trouble working on a commission for a client who wanted me to create a story within their own fictional world. Although they described their world in length I kept confusing small yet significant details that made writing very difficult but luckily the client shared an infographic that he had commissioned from Hayley some time ago and it quickly wiped all of my concerns and troubles away! Hayley writes in such smooth intriguing detail that the world or character that she is describing comes to life in your head and the information she covers is laid out in an interesting and well-organized way that makes finding specific details fun and easy. I would recommend Hayley to anyone looking to have their world or characters described in detail and will happily be commissioning herself in the near future."

"My experience with The Character Consultancy was very positive. They were very patient with me and very willing to work with me. The whole thing really helped me in finding more about my fursona, and developing her to be a fully formed being. Now, thanks to this service she feels a lot more solid and has a developed personality. Her story is very in depth and highlights a lot of highs and lows of her past and I couldn't be happier. I really want to do this for my other fursona at some point soon. I found the writing to be fantastic and the attention to detail to be exactly what I was hoping for. I'd highly recommend this service to anyone looking to truly develop their fursona!"

"Hayley's support has been fundamental in the development of the main setting of my AU, planet Exoth, and of its several states and still helps to the current day. She worked tirelessly to help me built it up, make the corrections and scouring any incongruencies, all the while giving input and suggestions to better it further, not to mention the ever present perfect transparency. I strongly suggest to make use of the service. Which, by the way, while being rather costly for big projects, is still accessible by the fact that Hayley also supports payment plans and is rather open to negotiations on the price."

No Frills to date

"Hayley's work on my commissions and during our consultations has been impeccable since day one. I have yet to meet somebody who offers such good services both written and 1-1, not to mention her truly distinctive transparency when it comes to costs and delivery. Her manners also are really good, polite and understanding, while her attitude to work is really upbeat and enthusiastic. I recommend her to anyone with stories in need of anything from tweaks to core development."

"TCC helped me bring bring my character to life! I have had one character I have been attached to for some time, and though I knew what he was like, TCC was able to make sense of and deepen my character's history, traits, and personality. Within a one hour consultation before the No Frills questionnaire, we collaboratively bolstered both the character and my confidence."

"I had a superb experience working with Hayley, from start to finish. The questionnaires were thought-provoking and encouraged me to think about my character in greater detail- even about subjects which I hadn't even begun to consider. She makes excellent write-ups that do a great job at analyzing a character and delving into their backstory, and has a good capacity for networking and video editing. Overall, commissioning her is something that anyone who's serious about character development would find valuable."

"It's been a delight to yet again work with Hayley, her quick, friendly, and professional responses always help the experience. I always look forward to hearing from her, whether in a response to our commission or just in general.

The psychological reference sheets she offers have been a godsend for character development, and I've certainly noticed that she's helped me to fill in gaps I'd have otherwise missed. Even for a character I have little background information on, Hayley was helpful (and patient) enough to work with the little information I provided, and we built that up together.

Having recently recommended her to one of my friends, I'm more than happy with the service she offers, and I'm confident of being a returning commissioner."

"Working with Hayley once again has been a pleasure, and I'd be lying to say I didn't jump at the opportunity to work even closer in a 1-1 session. Being able to watch her work in real-time also allowed me to comment in anything whenever I thought of it. At only £12 for a one hour consultation, it truly is worth the time and effort, and Hayley is more than happy to accommodate any schedule. With an upbeat and friendly manner, going into a character's backstory and the (sometimes thought-provoking, sometimes daft) questions we have for each other certainly hasn't been a slow process - time flies when you're having fun!"

Character No Frills (from scratch)

"I have to say that I was and am very pleased with this commission. Character Consultancy was very adept at working with me on fleshing out this character, and was extremely understanding and willing to work with my financial situation. If anyone who is reading this feels like they might want to commission them, I would highly recommend it."

"After having Hayley recommended to me, I decided to give her service a try, for a bit of fun and to help develop my character a bit more deeply. I ended up learning things about the character even I didn't know! She does a great job developing characters while sticking to the essence of what you want out of them, giving them depth without remaking anything about them. No regrets!"

"The Character Consultancy was awesome, fun, and easy to work with. It was a pleasure to purchase a little video from her to bring my character known as Percival out in the open. I would commission her again!"

English: "I was really interested how others would see my character, and when I saw "The Character Consultancy" I was really curious about how it worked.
Hayley was very patient with me, even though I kept sending her long confusing stories about literally everything what could have meant something for my character and I was amazed about what kind of story she made from it.
This project we did was also a way to understand my own character so I can work better and more flawless in stories and RPs.
So really thanks Hayley for this opportunity and maybe in the future, more commissions!"

English: "When she asked me if I'm interested of a commission at first I was about to say no but then I decided to go with it all I did was just give her my character information and then I saw what she created and it was a perfect. I will extremely recommend her if you want a good background story for your character."

"Thanks for doing all this. Before I started this I was not sure if getting a backstory done was an entirely sensible thing to do, but sensible will only take a person so far. As it turned out I have very much enjoyed the process and am pleased with the results so to use a horrible neologism it was totally worth it.

This was really fun to do, and was like slowly unwrapping a present to myself revealing layers of my character I had lost, forgotten, and didn't even know about and most importantly has provided masses of writer-fuel.

The only thing now is I feel a little bit like I have finished unwrapping my presents!"