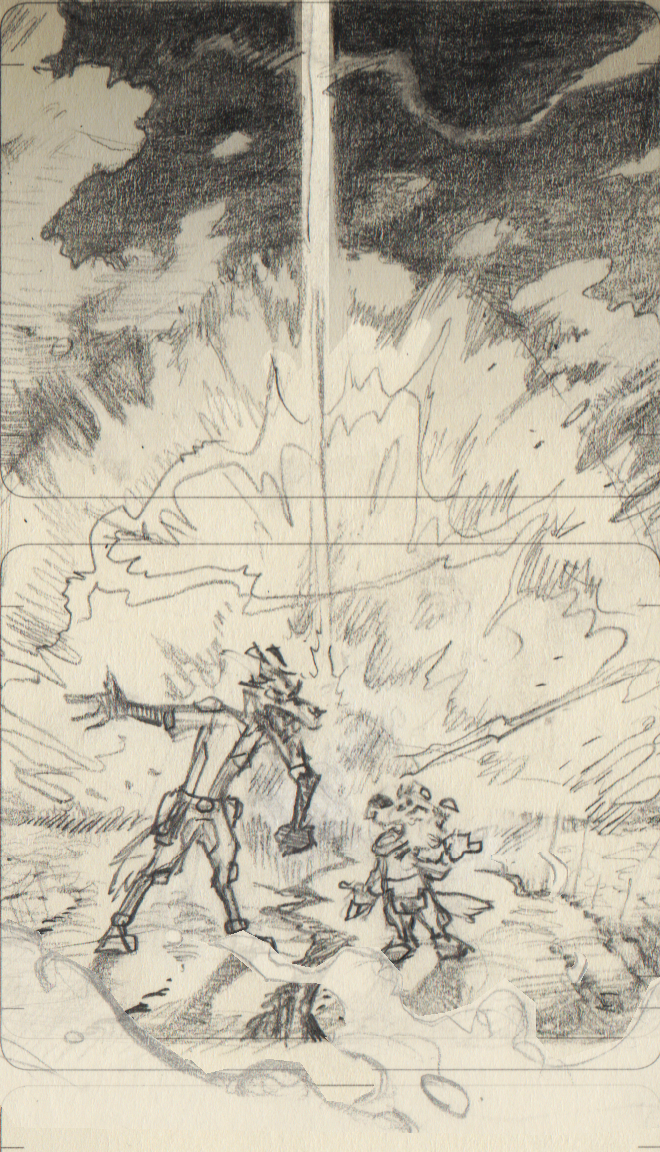 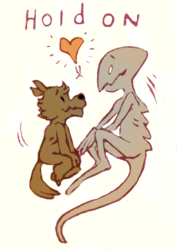 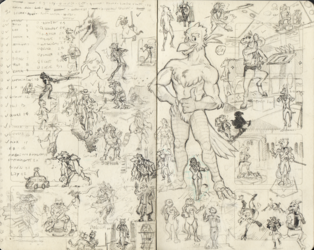 Here’s a doodle of Albert and his important dad having a spat at the end of the world.