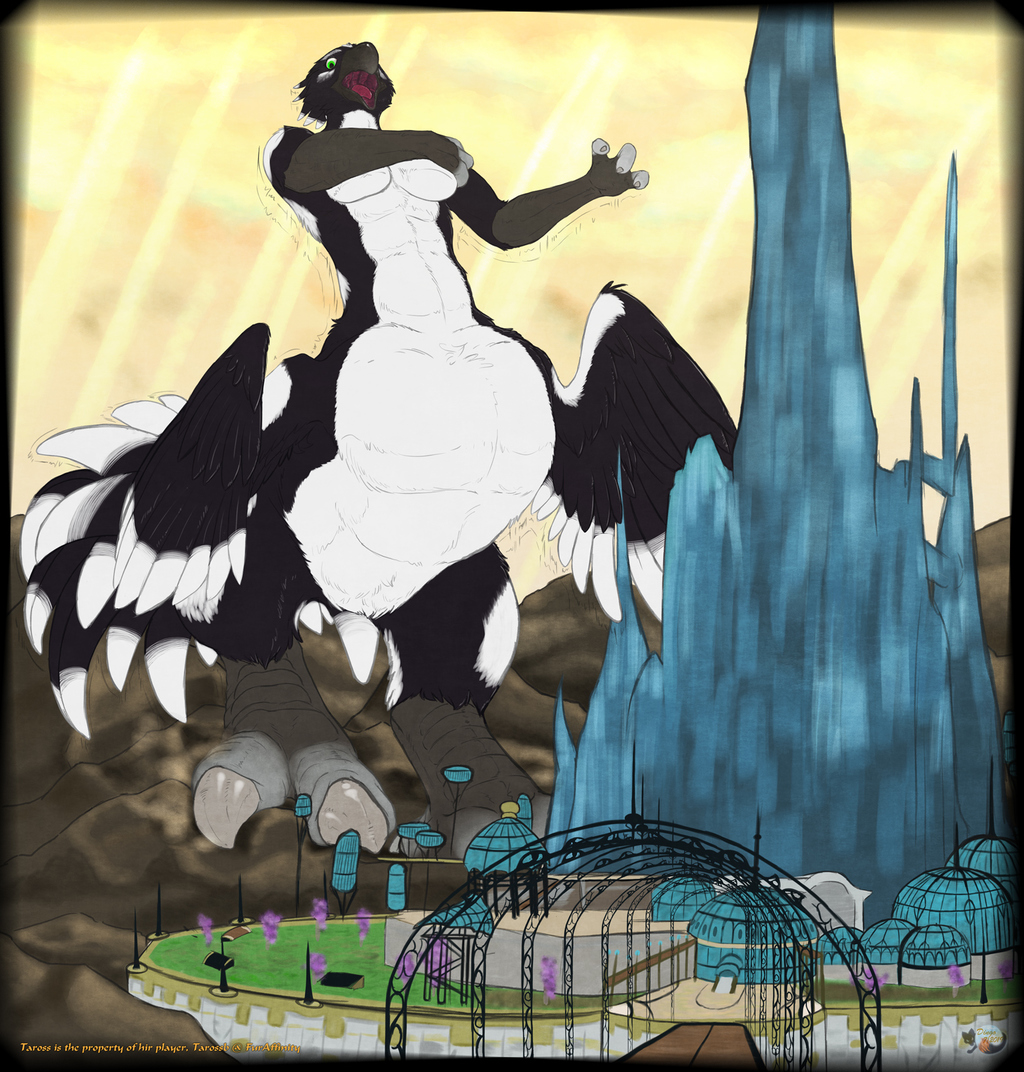 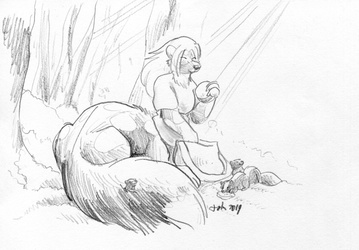 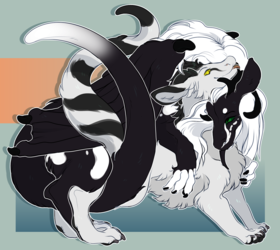 "This is strange, I finally got the amount of Aether neccesary to pull her over to this shard right... I think... She was even holding the beacon so I'm absolutely positive I got her this time..." The Crystal Exarch went over his notes once more to see what might've gone wrong. "Admittedly, I've been increasing the amount of energy exponentially just to get a lock on her... Maybe I used too much? I know I found her, maybe I missed her landing area by a few malms..."
While pondering, a commotion outside the hooded figures private chambers appeared to be getting closer and closer, until a hurried knock came to the door and it was flung open almost immediately by Lyna, the Vii guard captain of the Crystarium. "You have GOT to come and see this! A... a THING has appeared outside the Crystarium and we're... well... we're unsure what to make of it." she explained hurriedly.

Leaving his notes, the Exarch immediately turned to his captain and tilted his head curiously "A thing? You mean a Sin Eater? Or something else...?" he hestitated... The Exarch had been looking in on this hero of the Source for a while and in doing so discovered some things she had been hiding from most of the people there... He was worried that his esteemed guests' disguise had failed.
"If it's a Sin Eater, we're doomed." Lyna said, almost matter-of factly. "It's practically taller than the Crystal Tower itself... but... It doesn't look quite like a Sin Eater... Doesn't act like one either. If any, I'd say it's confused..."

The conversation continued at a hurried pace while the pair all but ran to the promenade, the normally bustling halls and hallways completely empty as everyone had left to go outside and see what this all was about. When the Exarch finally stepped outside he was greeted with a sky full of white feathers... there were black feathers too... and talons...
Standing there on top of the mountain range near the Crystarium was a chocob-taur of truly epic proportions. Naked as the day one would be hatched and thankfully decent thanks to hir plumage. Well, except for one little part that shi kept covered up with an arm while looking around in confusion at the tiny city laid before hir.

A small funny thing that popped into my mind that I wanted to have put to art. Done so expertly by Niko.

The properties of a teleport spell (Teleport, Return, even Flow) in the world of Eorzea (and the First) say that it 'reduces your physical form and properties to Aether and reforms you at the point of destination'. The first two spells do so safely. They 'cocoon' the caster in something called an 'anima' and you skip along the Lifestream from one node to your destination and reform with all yourself and posessions intact. Flow is dangerous because, despite its instantaneous effect, it dumps you wholesale into the Lifestream and next to eating your gear it will start to erode your actual personal Aether until you're gone... unless you got someone anchoring you at your destination or you can be pulled out (Or are just lucky enough to be able to get out). It almost certainly takes a toll; which is why one person who did it went blind, and the other unable to use magic again, ever.
Now taking that to being pulled across dimensional barriers, through the rift and ending up on another world. The amount of Aether needed would already be incredible but what if much, much more than was neccesary was put in. What if ALL that excess aether got mingled in with the personal store of the person now trying to put themselves together at the destination and they end up with so much more mass that it affects their physical size...

Bird's out of the bag now, though, even if they get hir back down to a more maneagable size it's no use hiding the fact shi's a giant chocobo to begin with. Then again... the people of the First seem to be a whole lot more accepting of one another despite race and once it turns out shi can stop the stagnant forces of the Light, more will be on hir side, right?
Or maybe shi can just stay super-sized for a bit and squish all the problems under a thumb to be efficient about it...

Taross is mine
Art by nikkyvix
Artists submission: TBA
Chocobo belong to Square-Enix (also the Crystal tower and Crystarium and such)