Both kinds of magic and swordplay, too. by Taross 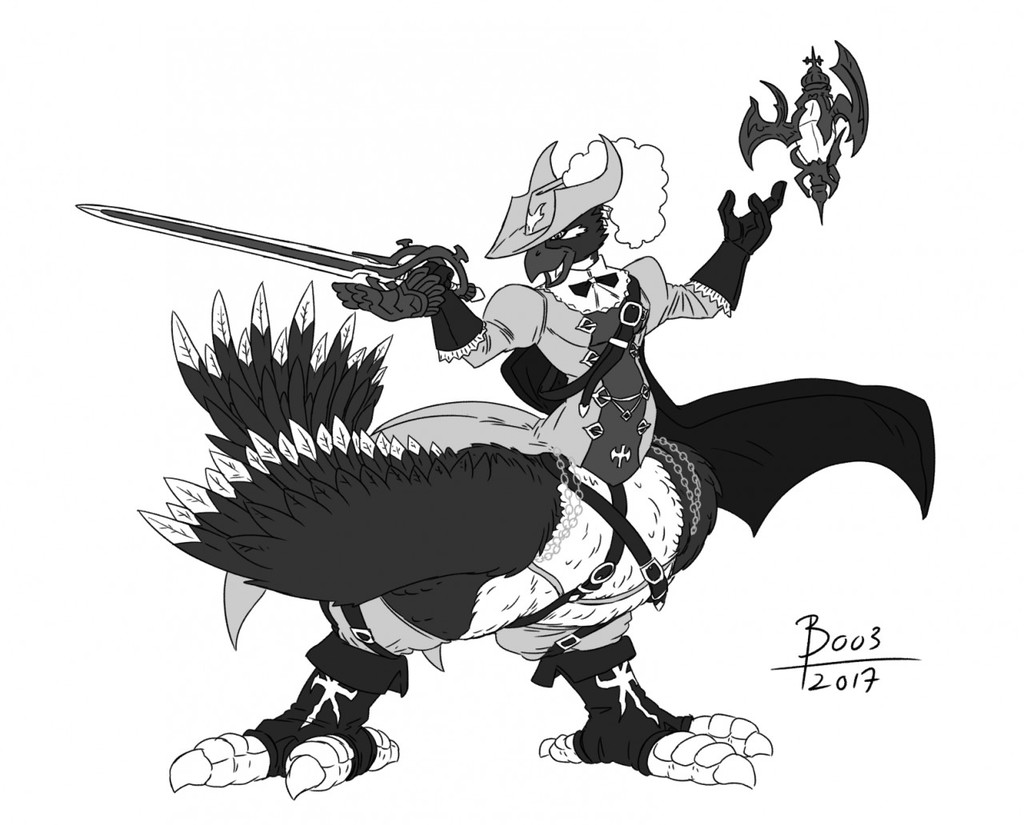 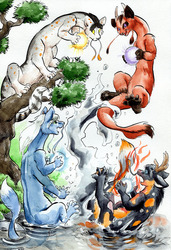 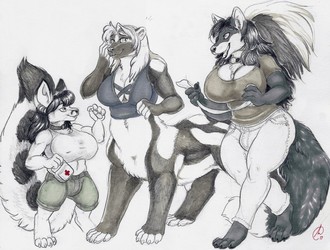 Both kinds of magic and swordplay, too.

Transcribed as described by X'Rhun Tia the Crimson Duellist...

After the White Mages of Amdapor and the Black Mages of Mhach bled the land dry of elemental aether during the war of the Magi, the imbalance of only water aether left caused the Sixth Calamity in the form of a great flood that raged across the lands of Eorzea.
Many were forced to flee into the mountains to avoid death, so too various surviving Black and White Mages.

Their gross misuse of magic drawn from the land itself had caused the Calamity, and naturally both factions were now greatly mistrusted and even hated by the remainder of the population. To prevent this from ever happening again, both sides swore never to overtax the land again through the use of their Black and White arts. Instead, magic was only allowed if it could be cast with the bodies natural reserves of Aether; greatly diminishing power and effect.

This new order of mages had even gone so far as to construct a mighty ziggurat in the lands they now occupied to halt and dampen the natural flow of Aether in the land itself to make them unable to be tempted by still tapping into the possible reserves around them.

Over time the two arts mixed further, developing means to still cast more powerful magics by focusing their Aether in new ways. One of these ways became the focus crystal these Red Mages now came to carry with them. By balancing the use of White and Black magic, they could slowly harness more and more Mana to use for different purposes.
Eventually the use of a rapier, or a foil, was found to allow these mages to unleash the built-up energies of Mana through a range of devastating physical attacks. In this way the Red Mages regained their ability to visit destruction on those who would threathen the people of Gyr Abania and still protect the delicate balance of magical forces as not to cause another Calamity.

Since then, the Red Mages have travelled the mountainous reaches fighting for those who require aid and succor...

While the last part might've been an embellished ideal of X'Rhun himself, the established history of Red Magic has been confirmed by old tablets found around the Ziggurat that still stands in the mountains today. The two orders, driven to near extinction by their own war and subsequent retalliation from those without magic and now without a home, had forced them to cooperate for survival. And in doing so invented a new way to still use the powerful spells they were so accustomed to while preventing themselves from nearly destroying the world again.

And it looks like right now, a certain draught chocobo-taur has found hir way into owning a Red Mage Soulstone and mastered the myriad skills recorded in it from generations of Red Mages past. One has to wonder what the next hopeful mage could possibly learn from hir exploits...

Also thanks to Brentalfloss for the inspiration for the title: https://youtu.be/KUVI5ukXcRI