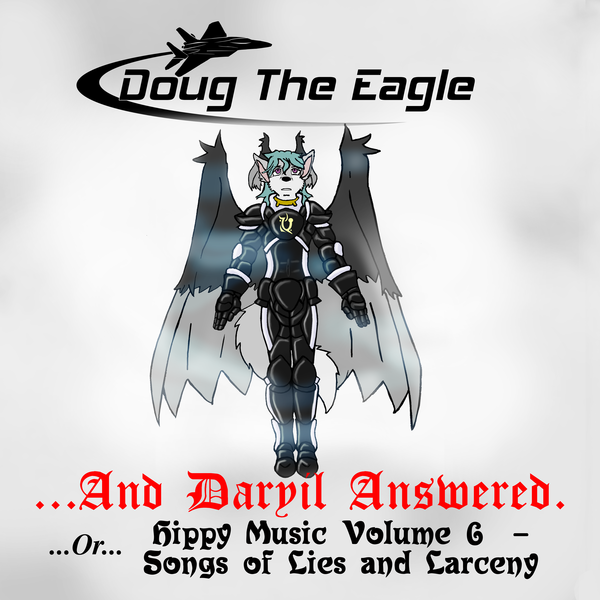 This is one of my favourite songs, written and recorded in 2009. It was inspired, like a lot of my music, by the DMFA webcomic, written by Amber Williams. Around this time, the protagonist was in a fight for his life, and it was suggested by some of the readership that he might be saved by his grandmother, the remarkably powerful Cyra who, to date, was the last 'Cubi to successfully ascend into a higher form seven thousand years prior.

I thought this was a remarkable idea, and it inspired me to write the final track on my album (then known as 'Hippie Music vol.6 - Songs of Lies and Larceny'. Originally titled '...And Cyra Answered', I quickly branched it off from its original concept and modified it to use characters from my DMFA-inspired webcomic, 'Project Future' instead of canon DMFA characters.

This recording is from the final mastered version that appears on the album, the version on FA is a late demo mix.

Clocking in at just under 12 minutes, this song has taken a lot of effort to pull together. Among other things, it was recorded across 12 tracks, spread across two synchronized TSR-8 machines and mixed onto a somewhat temperamental Studer A807. I had to make at least two repairs to it before I was confident that it would be suitable for mixing down (and a third 'repair' which turned out to be the TLA compressor and not the deck at all) but the effort of lying on my back underneath the thing and probing it and the burns I got replacing the capacitors in the playback circuit seems to have paid off.

They say that in the caves of Izenkar

A tome that legend says holds secrets of our race

I'm one of few who knows the ancient tongue

And though I am yet young

I journeyed forth to seek this long-forgotten place

Clan of fear and mystery

And I seek my destiny

And you can't take that from me

No-one else I'd rather be

And you can't take that from me

I hope to learn the ancient mystery

Of our past history

Of how the 'Cubi came to roam our planet's face

It must hold secrets of such use to me

That I'll transcend into a perfect state of grace

Wings ruffling in the cool breeze, I approached a cavern that had been hollowed out as if into some sort of shrine. Everburning braziers lit the room and there, upon a pedestal suffused with light, was the tome of the Fallen Star.

If only my clan leader could see me now! Lord Daryil... I'd never met him, but they say he is as ancient and as wise as the hills, ruling his domain with a just, but firm hand. If the rumours of what this book contained were true, I might at last gain his respect.

As my hand reached to take the book from its pedestal, I realised I was not alone.

"And so, another incubus comes in search of the book of the Fallen Star. Surely you did not think you were the first! The book makes such tempting bait... it is almost too easy. I shall crush your body, torment your soul and take your head-wings as a trophy!"

My sword cast aside in the struggle, I lay helpless, pinned in the Demon's cruel embrace. As the last of my strength ebbed, I looked into the very core of my being, and I uttered a prayer. I prayed that someone, anyone, Being, Creature or God... hear me now and bring salvation.