Birthday present for Amber, 2013 by tapewolf 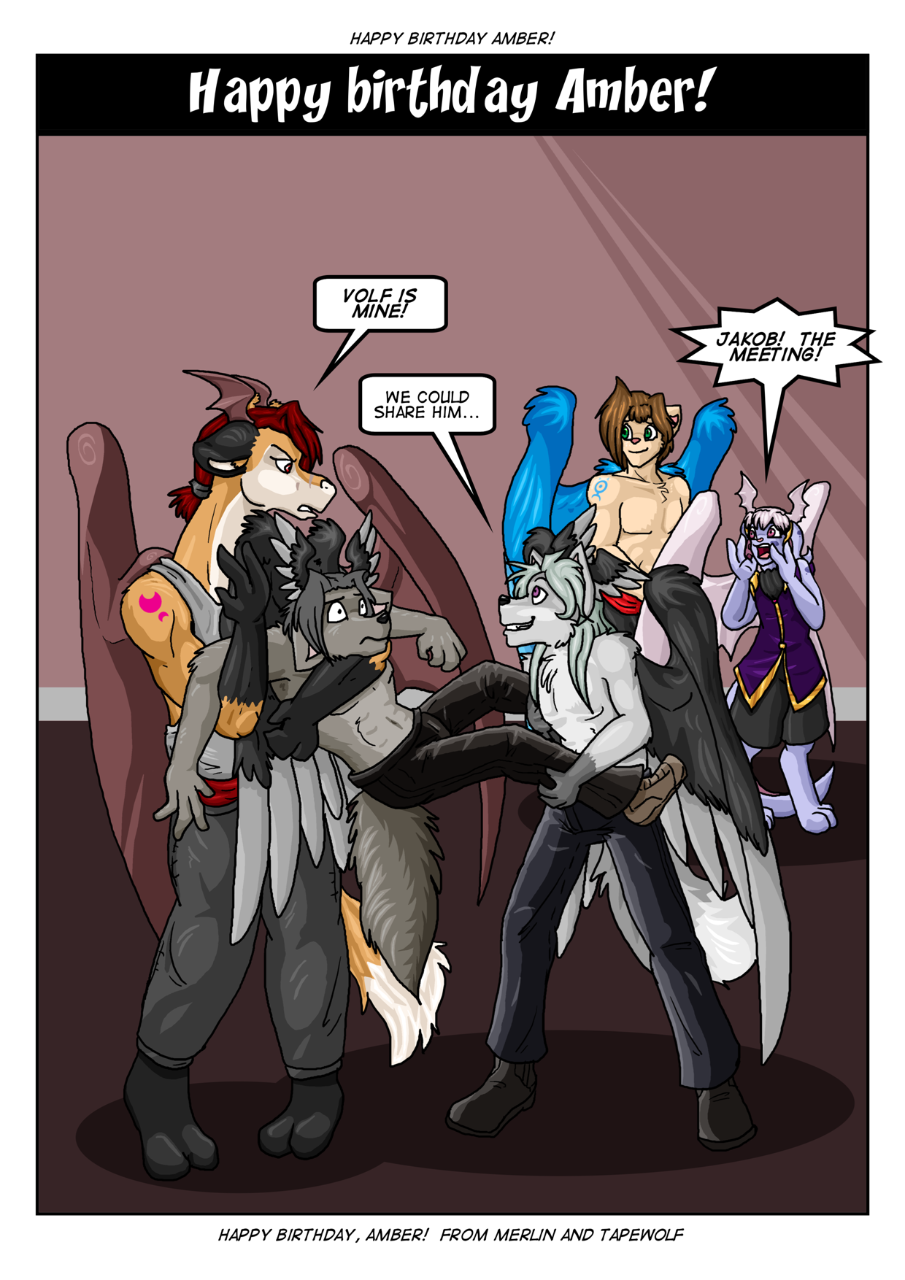 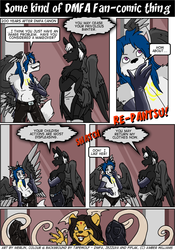 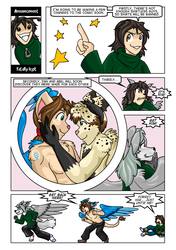 After some struggling over what to do for Amber's birthday this year, Merlin and I settled on a tug-of-war between Quill and Daryil over Jakob.

There were two versions of this - this is the original one, with Daryil and Jakob's two-tone wings indicating that this is set after Daryil's ascension in the Project Future era. The revised version has their wings a single colour to make it contemporary with present-day DMFA (though why Jakob would be needed for the clan meeting then is unclear).

Quill Taun, Daniel Ti'Fiona and Mink Jin are Amber's characters, Jakob and Daryil are mine (though Jakob has appeared in DMFA also)

Lines by Merlin, colour by myself using technique pilfered from DMFA.