Halloween: Any last words...? by tapewolf 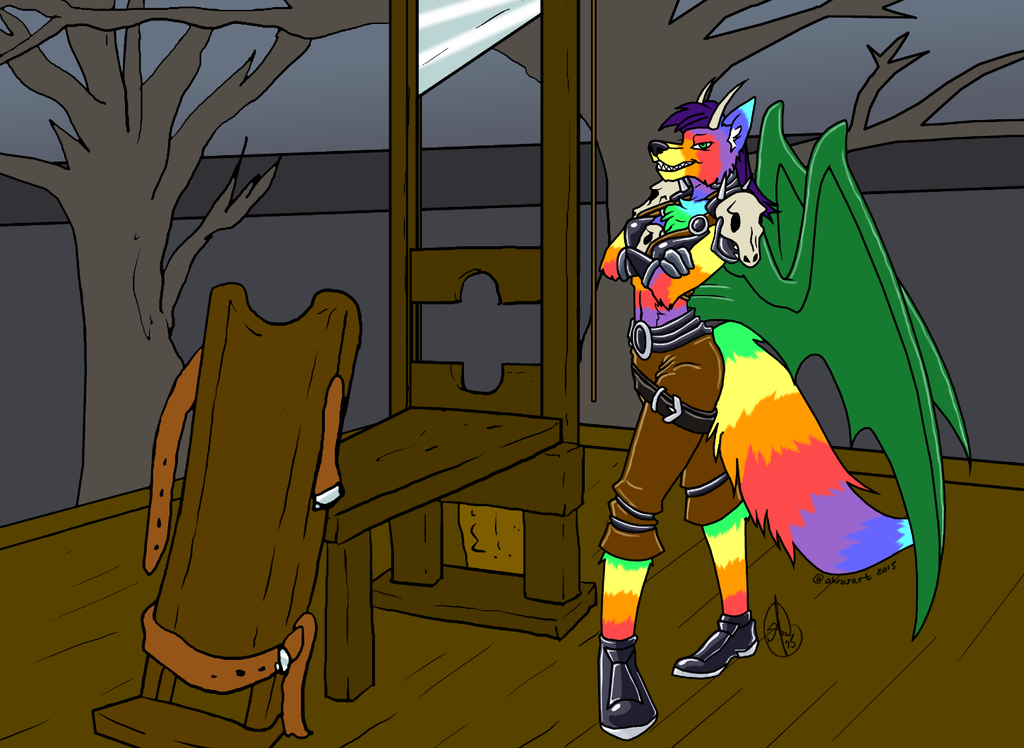 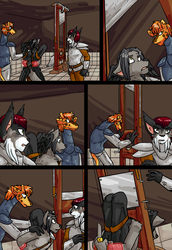 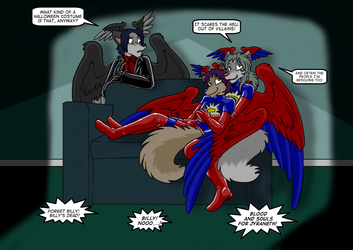 Okay, so this is Mary from my Project Future comics. She's a new character who hasn't turned up much - in fact I think she's had more screen time as a cameo in Merlin's comic than she has in her own story.
She originally appeared here: http://projectfuturecomic.com/axeman.php?strip=02-11
...but I think she's cool enough that she'll get a story of her own in due course.

Mary is a wolf demon. Demons in the DMFA/Project Future universe aren't necessarily evil, but do have a culture where strength is considered paramount so many Demons will traditionally commit atrocities in order to partake of their weird meritocracy.
Some Demons have found more beneficial ways of proving their strength, e.g. protecting a city, or becoming an adventurer.

Mary's way of integrating with society is somewhat more direct - she's an executioner, and one who loves her job a bit too much. She is a textbook example of Lawful Evil, in that her sadistic joy in killing others is channelled into dispatching criminals, usually with her axe. Hence she gets to kill as many people as she likes without all the legal troubles that a more traditional rampage would bring.

This picture started out as a pencil sketch by

, one of the PWYW sketches which I love to colour. To give her a suitable background given that she was drawn without her axe, I took the line-art from one of the recent 'Heads You Lose' comics, edited it and coloured it. So it's kind of a mashup of three artists - Ahro's pencils, Merlin's background and my inking and colouring.

Hope you like. The original pencils are here: http://www.furaffinity.net/view/17948460/
The original comic that the background was evilly stolen from is here: https://www.weasyl.com/submission/1117912/heads-you-lose-jakob-s-guilt-trip-horror