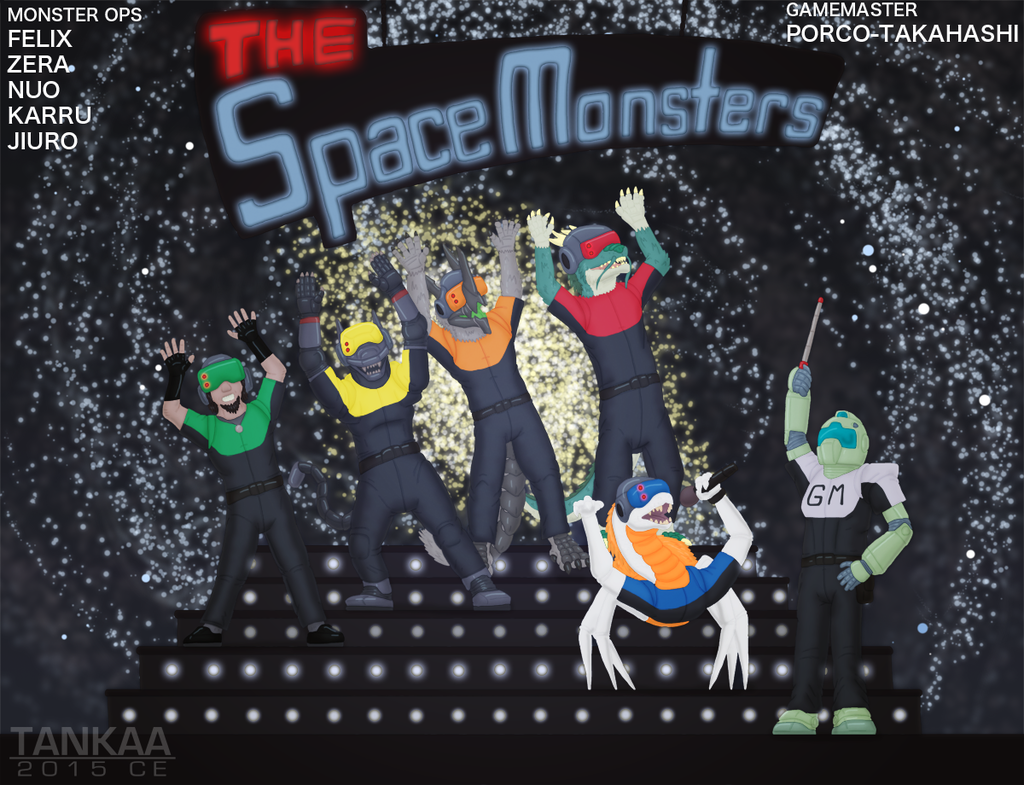 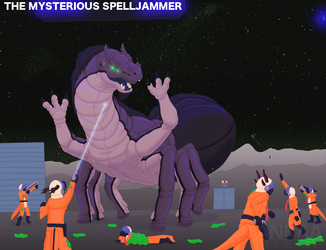 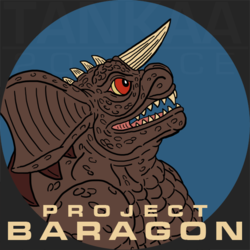 Once you've managed to recover from that very strange song, let's have a hand for the folks who manipulated those magnificent monsters for the fun, enjoyment and terror of our thirty-one players! And our Game Master, the mobile suit man with the plan, Takahashi-san!

Felix (human) - Daemon-Moeroris
Ka'ex's operator. A former nearbaseline hider doing a tour of the inner system. Presumably they're a close friend of a Daggerclaw, a being from a clade known for its isolationism.

Zera (vec, female programming) - Zoidsfan77
Operator of Impulse Solo. A mysterious vec with a two-stroke diesel heart and components akin to those in common use in midworld computers when Tankaa was born.

Nuo (wyvern) - Grey-WingedBlitz
Nuocerious' puppeteer. Looks uncannily like the being he operates. A strange-looking neogen. Presumably someone who came through the jumpgate.

This image (and the musical accompaniment) went through several phases. Initially, it was going to be a reference to the moves from Thriller. After that, it was a toss-up between P-Model's Monster A Go-Go and Pink Lady's Monster. Minako Yoshida's Monster Stomp had the right subject, but lackluster pacing. But then...then I found that segment from a very odd Japanese variety show, and this was how everything ended up. I apologize for the lack of another monster and dancing ANA stewardesses in this drawing, but things were already set by the time the ideal music came along.

That's a wrap. It looks like I probably won't color the custom armor pictures, this project dragged on long enough that I need a little break from drawing before I get to work on the Baragon Project.