Goof to the MAX Part 9/15 by SWSU-Master 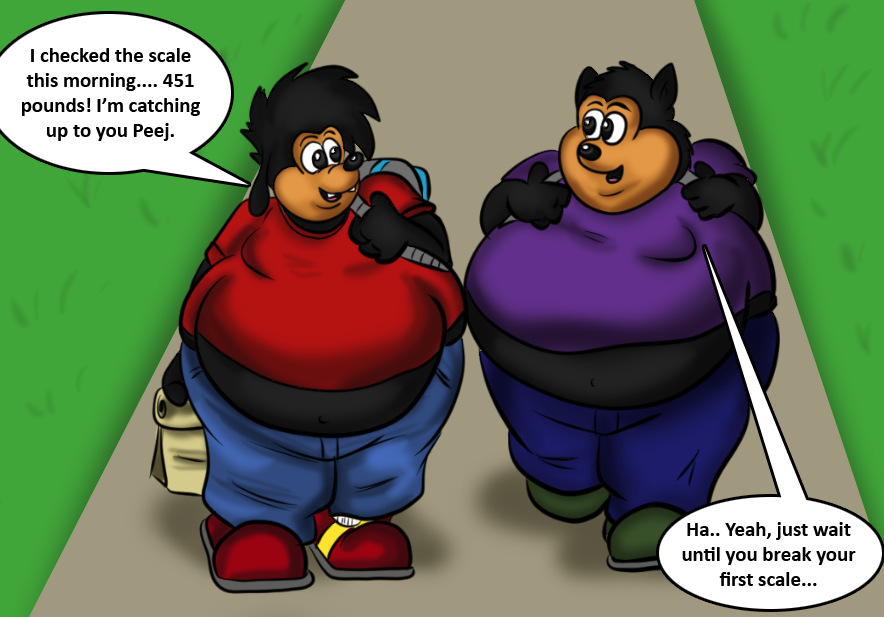 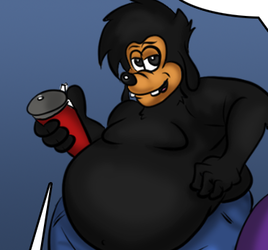 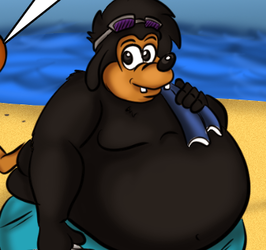 Max had become PJ's apprentice in the art of becoming a fatass, and over the weeks that PJ had taught him he showed great improvement in his weight. Clocking in at 451 pounds may seem only a step in the right direction for Max, but coming off of a weight barely over 100 lbs before the accident and it was impressive.

Through the training PJ actually found himself packing on the pounds as well, however due to Max's effort and persistence (And his ability to pay for all of the Busto Burgers he wanted) The gaps in their weight shrank as Max continued to grow.

By this point Max was even growing out of the largest size in the clothing stores, so his belly was becoming more and more visible as the days went on. However unlike before. Max almost had a sense of pride with his gut.