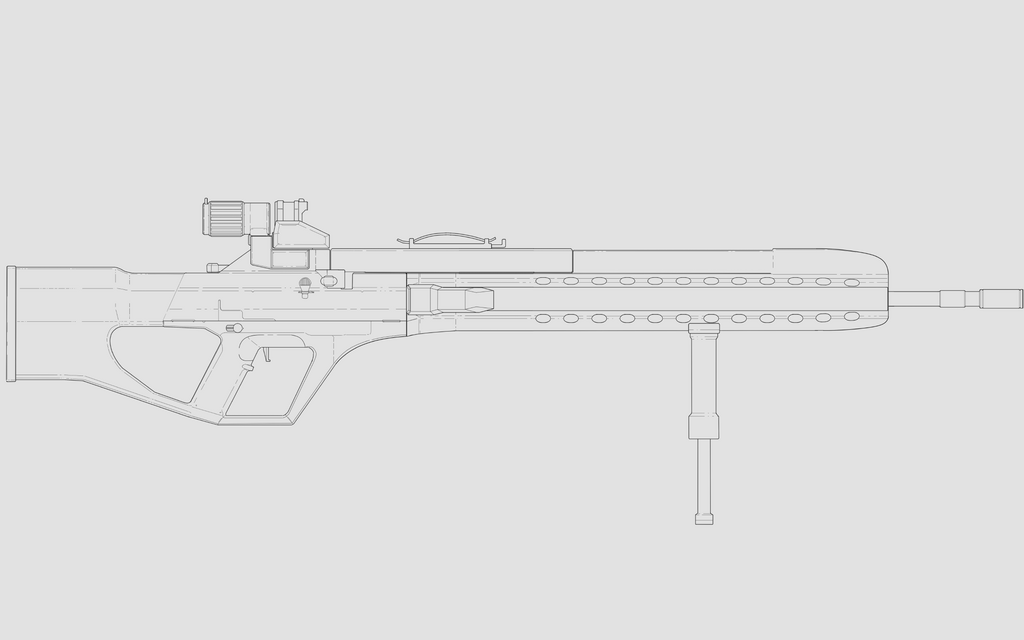 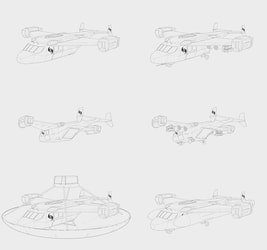 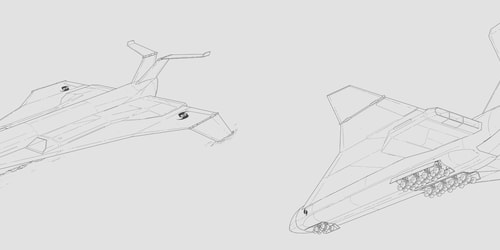 The OWP-3Y2 General Purpose Machine Gun is a top-loaded machine gun fed by 115 round pan magazines loading 6x24mm Tolesian ammunition. It was designed to be light and reliable and share as many parts as possible with the OPW-3 series of combat weapons. Designed for extended combat use, this weapon offers a controllable rate of fire. The other addition for the machine gun over the rifle was a quick change barrel system that allows a soldier to easily replace overheated barrels and continue fire support.

The decision to use a pan magazine was not without its controversy. However, many reasons ultimately made Imperial Light and Machine Works (ILMW) and the Tolesian Military choose a pan magazine instead of a traditional belt. The first was operating in more environments without risking foreign object debris into the ammunition belts. Pan magazines, on the other hand, can be sealed, which prevents this issue. The second was the lack of any sophisticated mechanisms to handle delinking the ammunition. Lastly, and this was key for the Tolesian military, far more controllable ammunition ergonomics in low gravity environments, which allow belts to flop and slide about.

This didn't come without its costs, though, including smaller ammunition capacity compared to belts. There were other issues brought up about the ability of soldiers assigned the weapon to carry large amounts of ammunition. This was considered but, given the number of locales the Tolesian Marines and Militia often find themselves in, it was deemed an acceptable tradeoff.

Again done by the awesome hard_lighter. Thanks!