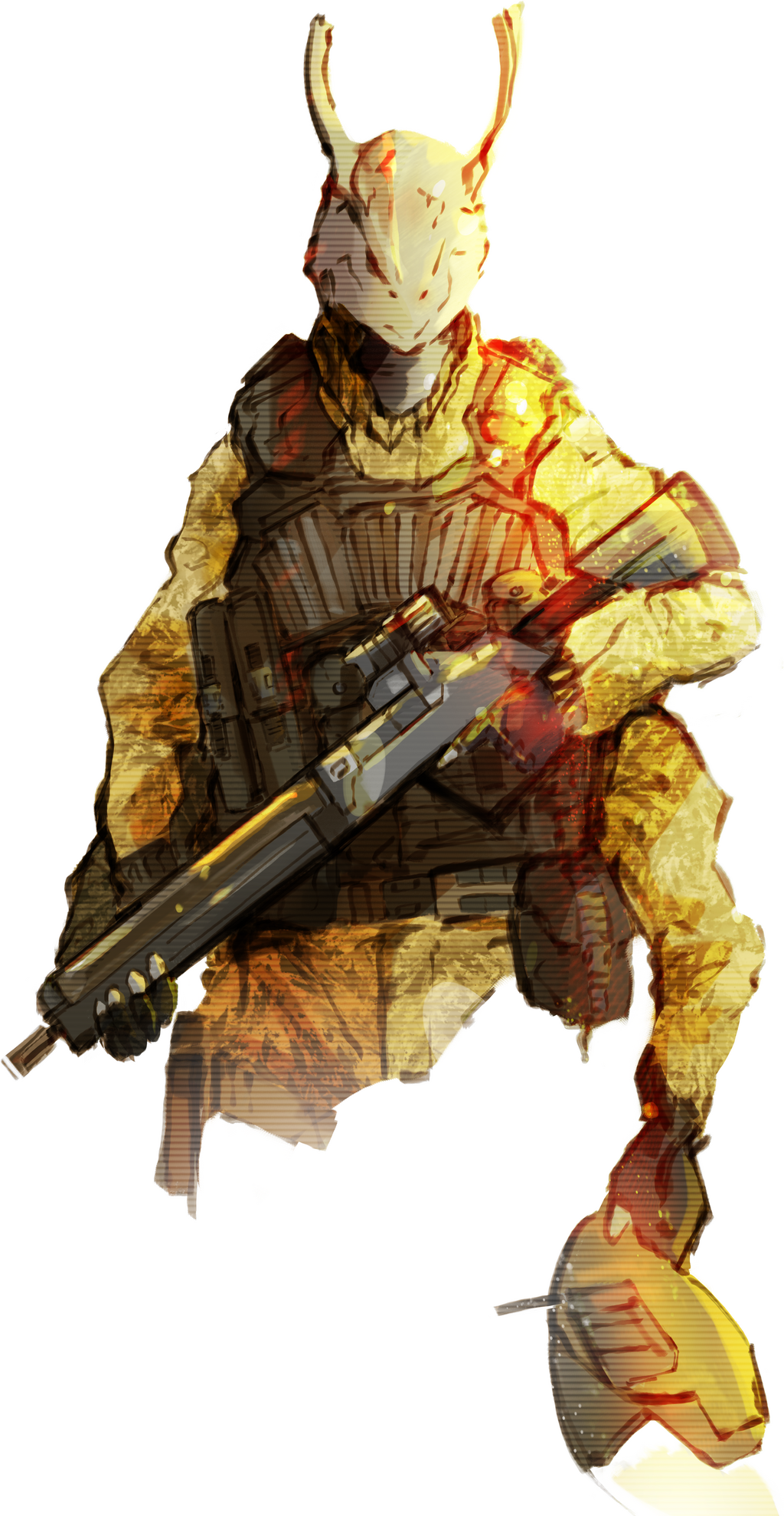 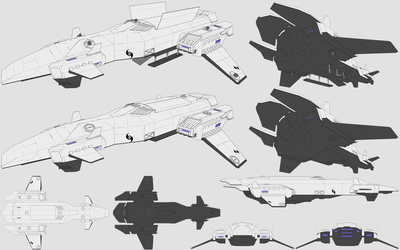 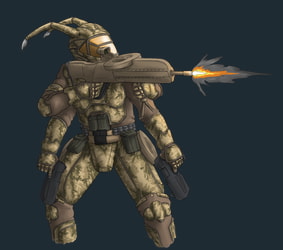 Tolesian Militia members of the Planetary Defense Corps are the most numerous portion of the Armed Forces of the Tolesian Commonwealth. With over 3 Billion members, they serve as a home guard and police force. Their role, however, extends into everything from disaster relief, road repair, air traffic control, and wildlife conservation. While not as trained as Marines in combat, they are more versed in various subjects such as law, medicine, and other civil matters. However, these are professional soldiers at the end of the day. They will defend their planets and settlements with the finest of convictions.

Done by the awesome SirSpaceDragurn. Thanks!