Puff of Smoke by Susiron 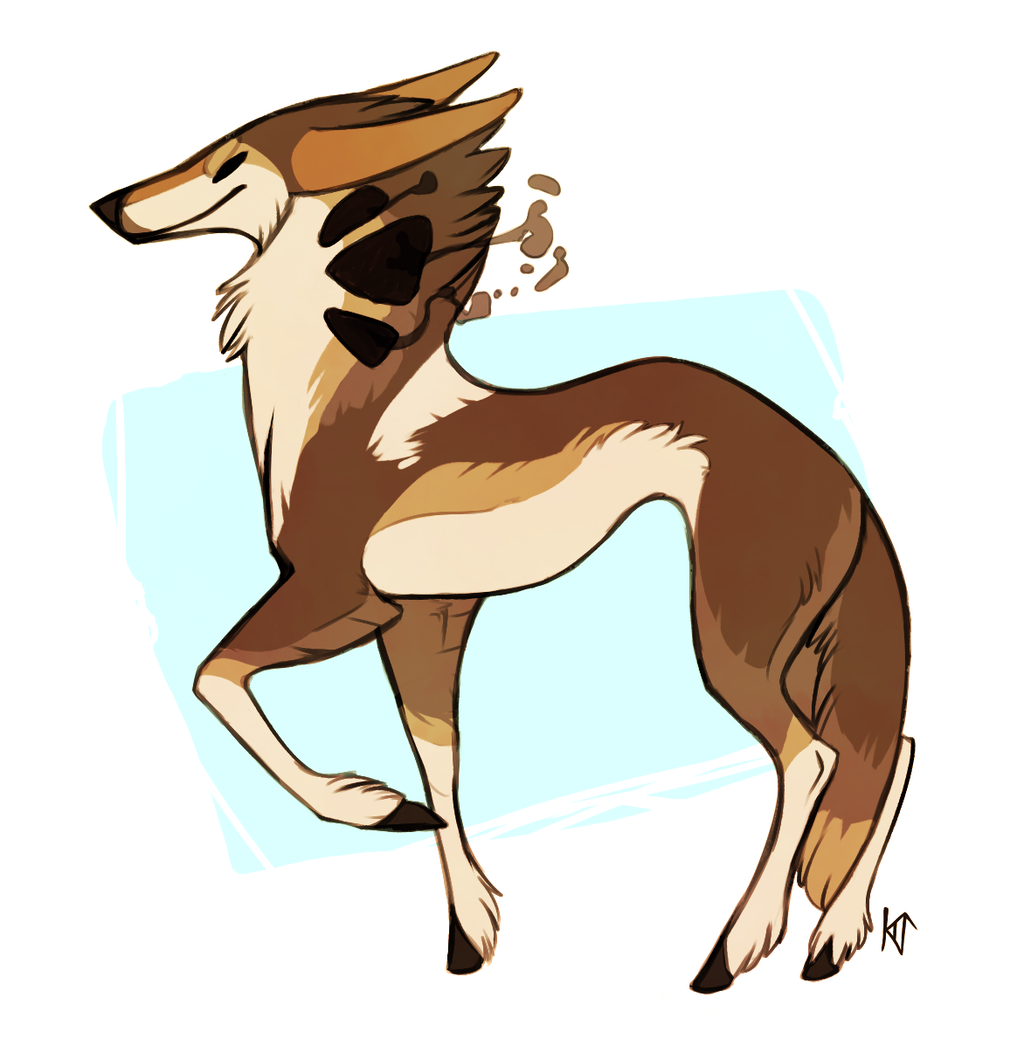 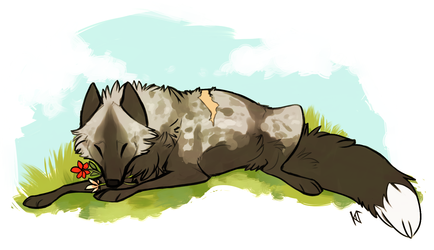 A minor revamp for Talo, an OC I have yet to actually post here woops. Here's an older sketch page of the dude-- http://norisus.tumblr.com/post/55844967495
This revamp was primarily shape-based. Talo comes from an underdeveloped story I call "Imber," one of two that I would really like to make into a comic if I ever scrounged up the patience to do so.

Talo is part wolf and part malevolent spirit. His mother comes from the snowy peaks of northern Imber, a humble and quiet home of snow and stone. His father, Somner, is a free-roaming spirit that devours positive emotions and taints them, dispelling a thick black fog that can pull creatures into the pits of their worst nightmares if not balanced and reduced by his positive counterpart, Mercutio.

Like his father, Talo is drawn to positive energy, although he doesn't seem to have any desire to consume it. Also like his father, he sometimes gives off small puffs of smoke from the rough patches of skin on his throat. This seems to happen at random, without need to ruin someone's day.

"Imber" and its characters belong to me.
Drawn on SAI.