And his eyes are blazing with fire (by hanmonster) by Stripetail 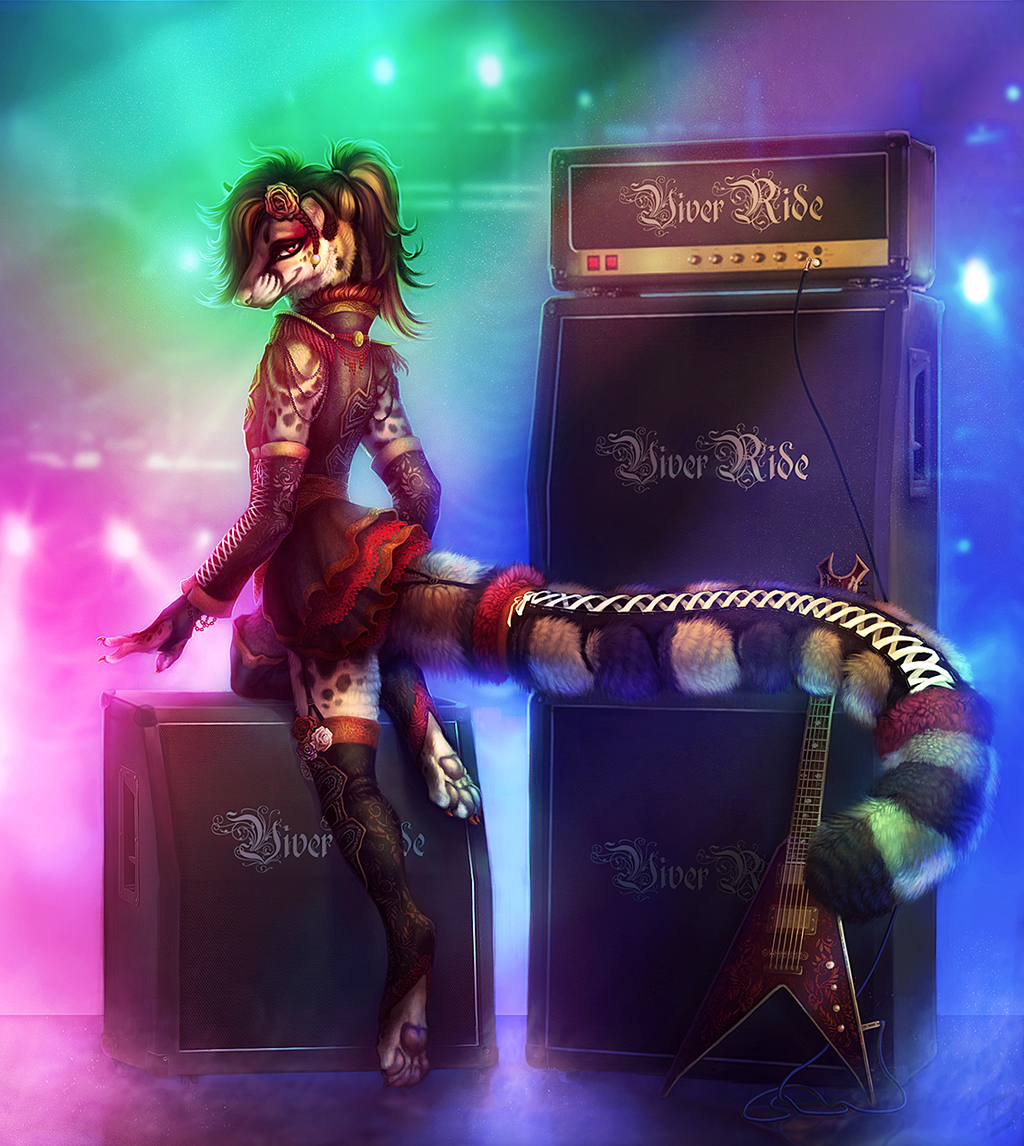 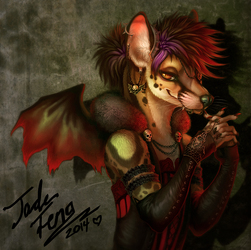 And his eyes are blazing with fire (by hanmonster)

‘s art. You should go visit their gallery and fav the original! Or I will chase you with power chords!

's character trying to find out who took his effects pedals（−＿−；）

Title is from Eagleheart, a track by Finnish power metal band Stratovarius. HAPPY METAL! This is one of two non-canon commissions I under the conceptual theme of guitarist “Jade Feng” of the power metal and Japanese visual kei band, Viver Ride. It’s a silly play on viverridae or viverrid, the taxonomic family of linsangs, genets, and civets, and holds a weird lost-in-translation feel. This pinup was inspired by the specific aesthetic styling chosen by visual kei/power metal band Versailles. Kajimo makes all the girls and boys jealous.

Can you smell that?

The anticipation was palpable in the darkness. The low murmurs of thousands combine into a sea of hushed voices eagerly waiting for the show. Just roiling under that surface of forced calm was a tidal wave ready to explode in unrestrained energy. The heat of warm bodies all pressing against one another form an oppressive and inescapable blanket and keeps the audience on edge.

Can you hear that?

Jade Feng opens high up on the fretboard, repeating a simple melodic progression of the opening song on the set list. The tempo was unhurried, and the syrupy smooth notes poured out as bends, pinches, and legatos were coased out of the lead guitar’s neck pickup, filling the air with an energetic reverberation. The linsang carries on for a several dozen measures, spanning some tens of seconds before a weighty guitar joins the solo, harmonizing an octave lower. It distorts heavily through overdriven tube amplifiers, and white noise surrounds you as the crowd erupts into an instantaneous cheer.

Can you feel that in your chest?

A thunder joins the duet. Your lungs falter at each percussive strike of the floor toms, single whole notes played on each measure, the tempo initially matching your heartbeat, but now lagging behind as your excitement elevates to new heights. Each commanding snap of the drum’s tightly-stretched skin briefly triggers lights in the scaffolding behind the set. The searchlights flicker to life like monstrous eyes through a veil of smoke churning carelessly into the air by fog machines. You can glean silhouettes on the stage, each flash a snap shot slightly different than the last as they glide in the shadows. Ghostly images linger in the darkness as your eyes try to adjust before another strobe blinds you once again.

Can you taste the anticipation?

The tempo jumps into triple digits as the drums shift into full intensity, becoming a rapid gallop of double bass drums and toms, mixed with the sizzle of high hats and snares. Are those 8th notes or 16th notes? There’s no time for the brain to register as your screaming voice fades into anonymity; the music bores into your skull. The bassist joins the second guitarist, breaking from the major scales of the blistering harmony into a foundational riff preceding the first verse. Overhead spotlights come up—red, green, and blue. White lights dance across the stage like marionettes. The performers on stage stand in defiance. Pulsing fans of lasers sweep the scaffolding. The lead singer opens the first verse. A voice soars where eagles dare. Pyrotechnics bathe eyes with heat. Your breath grows short. Hyperventilate!

Can you see what befalls your unbelieving eyes?

They’re dressed in all manners of elegance. Its gothic—delicate layers of lace and dark brooding colors spell mystery. It’s Victorian—the elaborate formality of delicate clothes of a bygone era. It’s toxic—the vivid colors of makeup and accessories assault the senses. It’s androgynous—can you tell who is what and what is who?