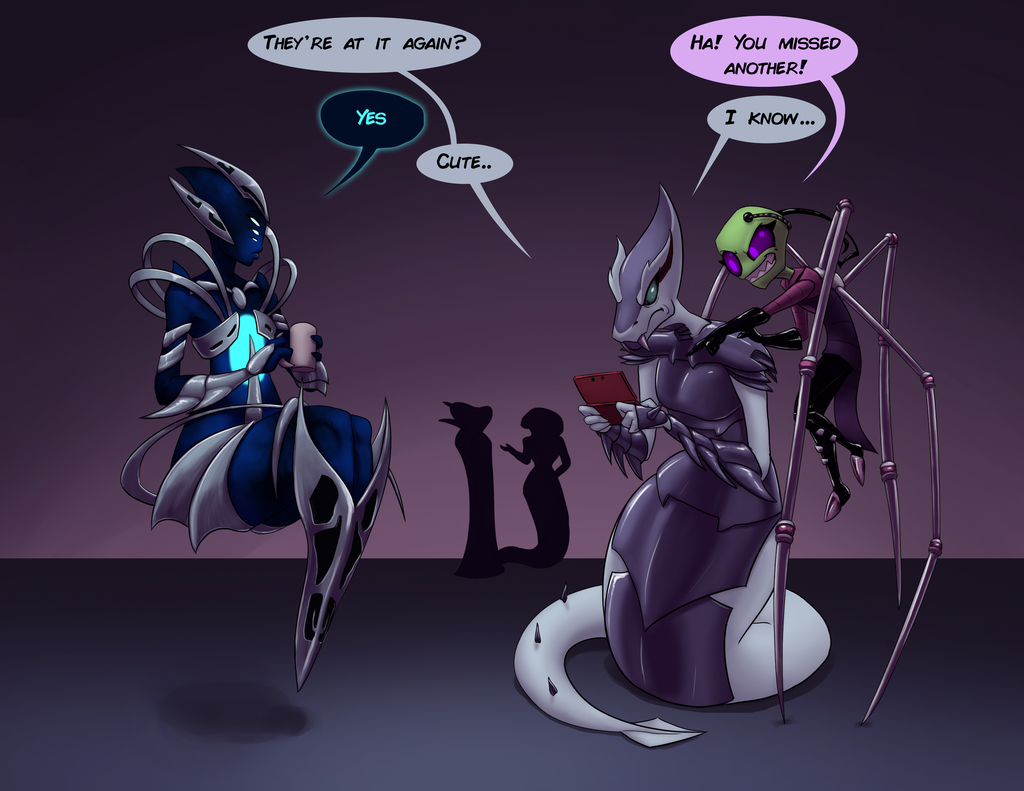 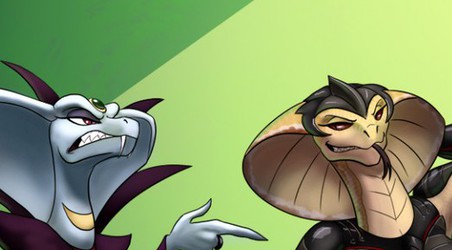 CLICK HERE (when up) for the original by the awesome

After a while the rest of the Ophidian Squad has learned to deal properly with Oriale and Viper's arguments: just ignore them until they disappear by themselves.

This gives plenty of time for Splinter's daughter to partake in something she isn't allowed to at home: videogames. Unfortunately, she is pretty much a novice and there is always an Irken gamer behind her back to make sure she's reminded of her inexperience.

This Irken, Tak, is the newest member of the team, rescued during a classified mission.

While at first reluctant (and a bit ungrateful) to her saviors, she agreed to assist them as a mean to update her Invader resume (even if, as she frequently mentions, UnVEIL missions don't include much invading) and, hopefully, make her Tallest see her worth.

Like L'Miren, with whom she has developed a particular (yet competitive) respect, she's the scientist and engineer of the team, using her multiples skills as an Irken Invader to provide them with various tools and repairs. With her small size, she's able to go into places the rest of the team can't, making her a valuable asset on the field as well.

More stuff of the Ophidian Squad, this time featuring another obscure yet recent character: L'Miren, an Iconian from Star Trek, more precisely Star Trek Online. She's part of the group of big bad girls responsible for the destruction of Romulus in the Prime Universe (which also includes the creation of the JJTrek timeline).
As for the other two, I don't think I need to introduce them.

mrmech for the awesome work on them. I tip my hat at you, fine sir!