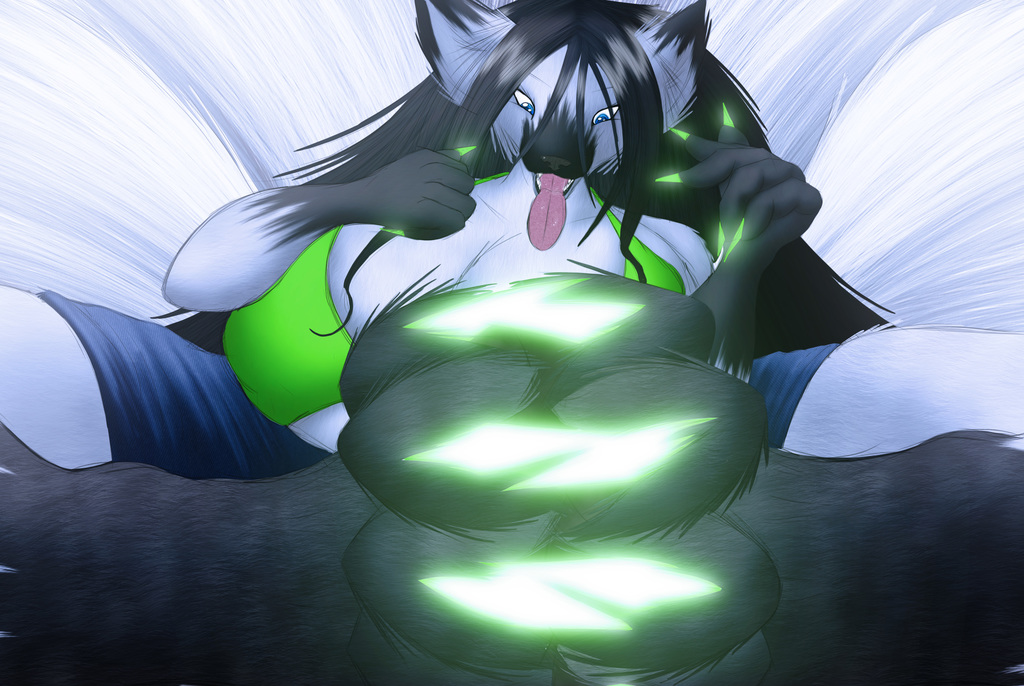 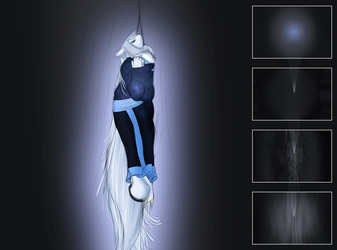 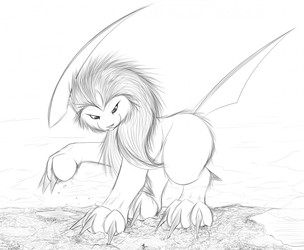 D'aaaaaw, thanks, mom! Totally appreciate the intro in your usual cryptic-and-teasing style! And thanks to all of you for watching and enjoying and encouraging and worshiping! And thanks to my totally awesome helpers who decided to try and keep track of all this awesome fun bigness and pawsiness and make sure the rest of you could see it too! And thanks to me for being more Okamitsune than Okamitsunianly possible! I'm kinda good at that, heh.

ANYWAY! Yeah! Me again! Hiiiiiiiii! Enjoy the ride? Surprised to see the ridiculous wolfox again? That was totally still me earlier! I'm a Goddess, remember? And not just normal Goddess, but a Sunny-Goddess! It's not like there's only ever just a single me around at a time- I'm everywhere in more ways than one! I've got avatar bodies all over the place, and every last one of 'em is bigger than big. I sorta need to have them, or I'd never be able to interact with all you cool and awesome mortals and gods and supergods and stuff! But thankfully, I can use teensy avatars like this to hang out with you all at sizes you can easily understand! … Sorta understand. Well, sizes that don't literally break your sanity or stuff like that, I mean.

Hm? Oh, yeah, of course! This is an avatar too, obviously! I mean, heck, it (sorta) fits on the page- and on the internet- and in reality! Don't worry, I know better than to show up to a paw party like this with an avatar too big for you guys to see, as long as your zoom-out button works! No promises about my avatar who has THIS avatar between her paws, though. Or the avatar pawsmooshing that one! And so on. Believe me, it's Sunnypaws allllllll the way up. And way beyond, too! It's fuuuuuuuuuuun <3

Now then! I hope you've enjoyed our tiny little series. I know it's been a bit dinky, but my helpers are still just mortals and can only do so much before their arms fall off 'n stuff. They did an incredible job and if you've had fun they deserve tons of kudos too, just like my seriously amazing friends who helped keep the other levels of the paw chain going, and also like me! I'm crazy-impressed by how much they accomplished, and they've totally earned the right to flop onto my awesomely big huge plush pawsies and conk out for a nice nap on the best toes ever! So I'm letting them do that, and also doing that myself. Because Sunny paws, y'know? Yeah, you totally know, haha!

So, that's a wrap! Thanks for watching, and faving, and commmenting, all that good jazz and stuff! Just kick back, prop up your paws (and any/everyone you have snugly smooshed between them), and relax on a bigger set of propped-up paws! Maybe even mine! And, remember:

And with that, Okamitsune brings this entire sequence to a close! A very big, very pawsy, close.

I want to give a Sunny-sized thank you to everyone who’s favourited and commented on the sequence, and also a huge welcome to all the new watchers who’ve hopped on board throughout the sequence. As what’s been by far by biggest and most ambitious sequential project to date, It’s been one heck of a rollercoaster and I hope you all enjoyed the ride!

(Just as a side note, I am currently having internet issues, so I may be slow at getting back to any comments made on this picture. I will get back to you as soon as I can though!)