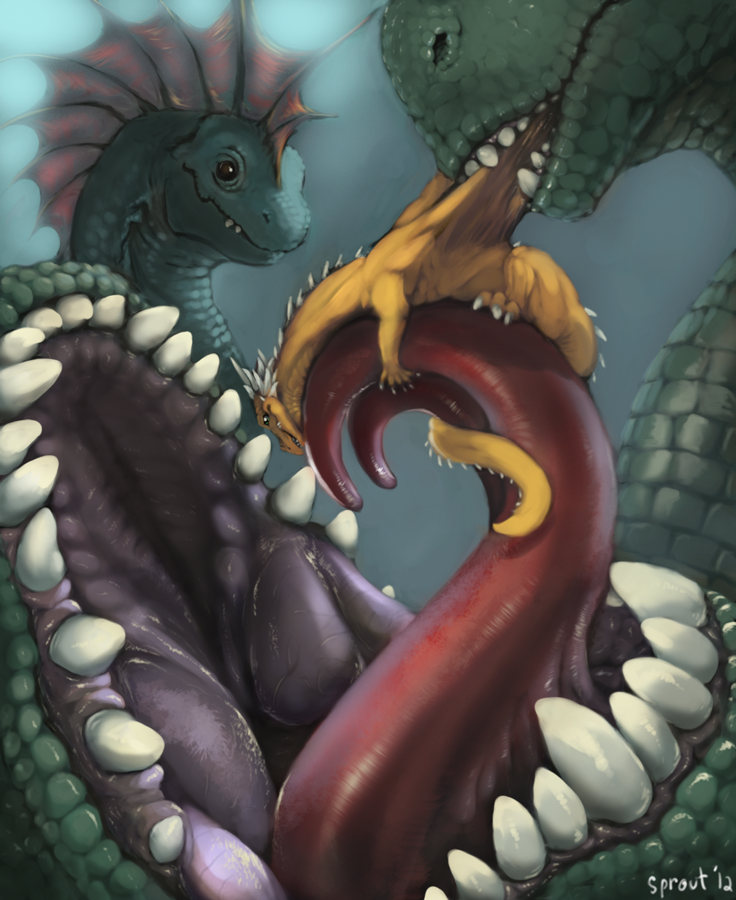 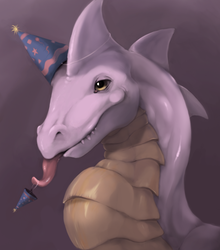 "With a strong but gentile grasp, the hydra passes their distressed lunch playfully amongst its three heads. It’s not uncommon for a beast like this to share the pleasures of its meal with each other, all taking turns licking and suckling desirably upon their catch. Some heads even prefer watching the spectacle instead of partaking themselves, until their joint ecstasy becomes too much to bear: their prey finally succumbing to powerful muscles pulling it alive and squirming down one of many craving gullets. Though only a single lucky head earns the privilege to swallow, each enjoys the last few struggles of their catch deep within their shared, churning stomach as it squeezes tighter and tighter around the new arrival."