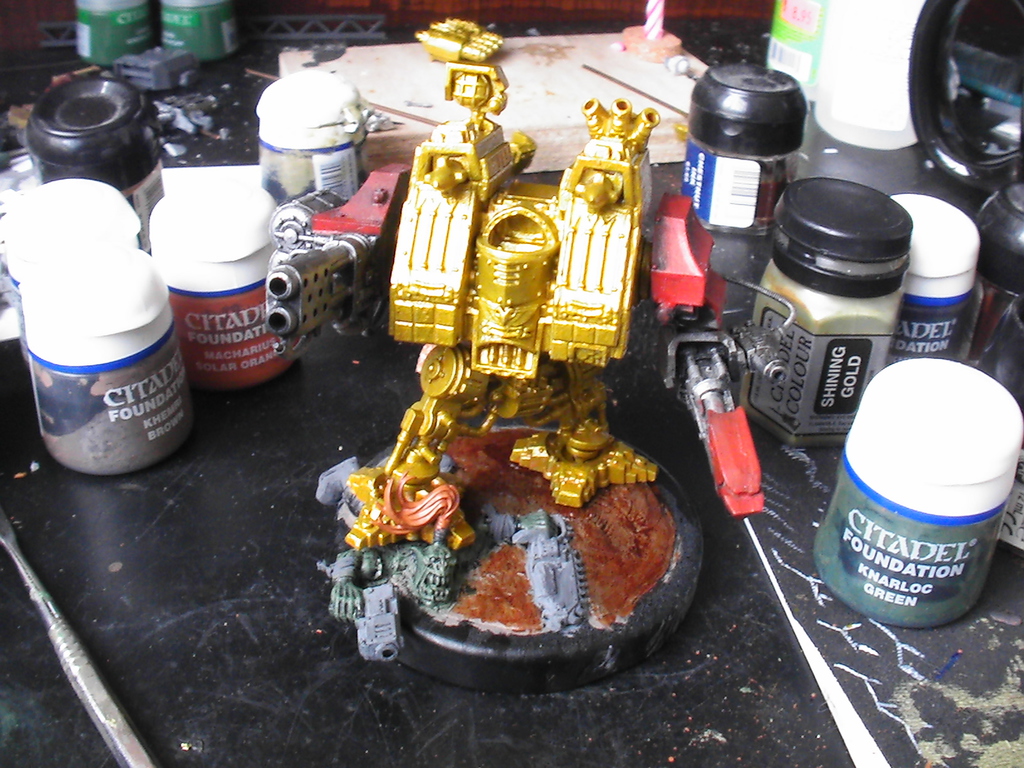 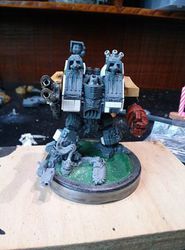 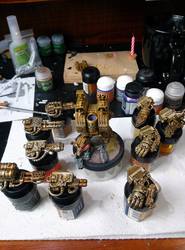 Continued from last post:
Another of my random projects that have been sitting on my desk in WIP limbo for a while. Trying to make it so that it can be fielded as either a Venerable or Ironclad dreadnought. All magnetized, and pretty much all of the arm options that I can see myself ever using.

So far:
Started out with solar orange, then shinning gold, with a yellow inking. Am not that happy with the results, still got some more inking and then dry brushing to follow. Originally thought about doing him up as a golden relic, but didn't think about how much gold there was going to be. May try to turn it more a duller or orange-ish gold.

Also, the arms will be painted the same too. Originally they were from another attempt at this project, but the person I hired to paint screwed it all up.