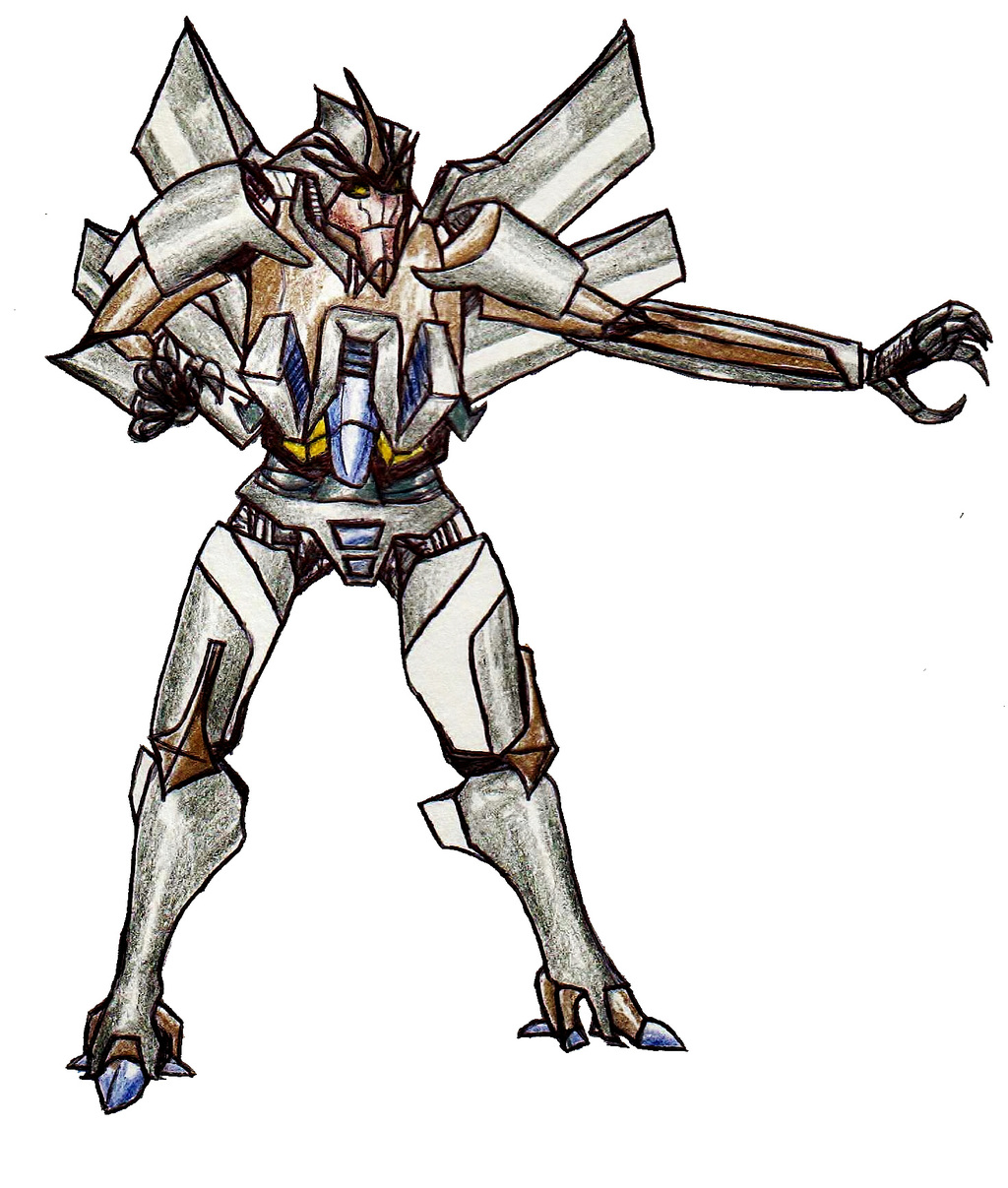 :3c Another pal o' Screamy's... and eventually the leader of the Aerialbots. He a brave bot... he's afraid of heights, though. XD Despite being a Seeker. He's mostly canon to the novels, which I am all for. 8D

He's also rather old, but still a youth compared to Ratchet and OP. X3c And Starscream, probably. But much closer in age than Jet and Scream... >u< Also a friend to Prowl. They watch police programs together. X3