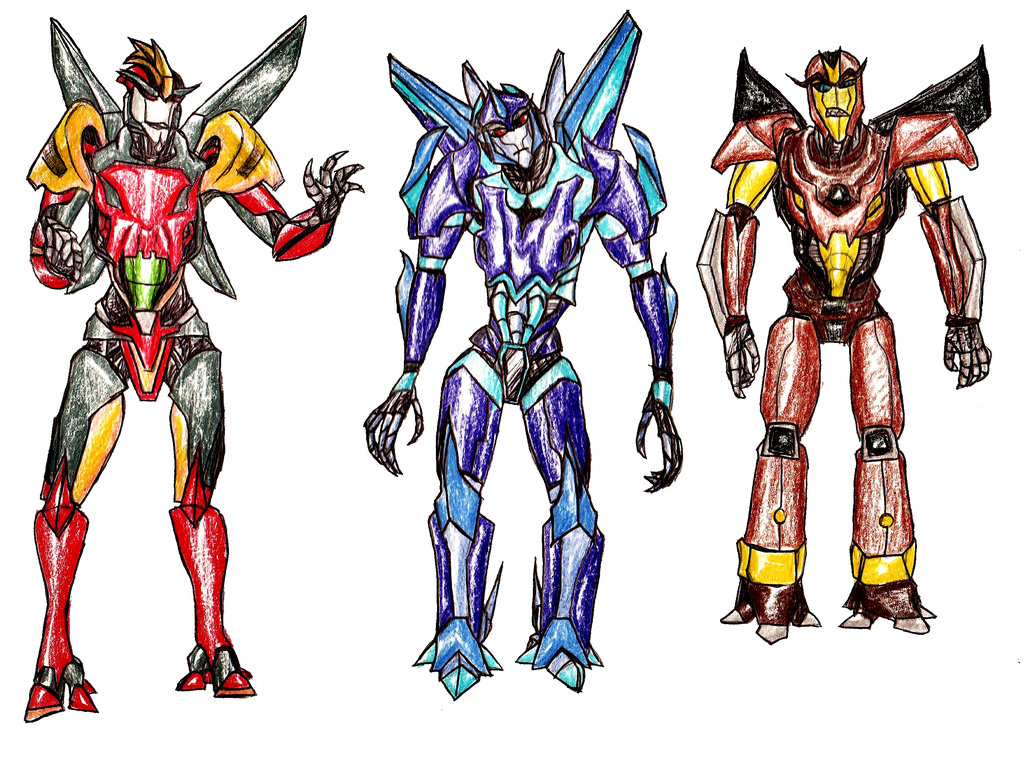 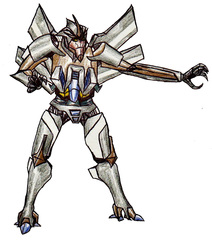 Air Raid--the perfect example of how just picking the Autobot side doesn't make ya an automatic good person... XD He's... extremely reckless, to the point of endangering his teammates. Unlike other slightly obnoxious 'bots, he doesn't really feel too badly about it when scolded. He's a thrill-seeking jerk... but he's an Autobot thrill-seeking jerk, so the others just have to put up with him. >w<; Thankfully he's reigned in a bit under Silverbolt's leadership.

A lass! A female robot! 8D Not enough of those... not because I like weirdly-objectified female stereotype character designs (clearly, going by how I drew her XD) but just in fairness. So here we have Slipstream, who joins Nacelle in being a female in the Seeker ranks. She is a rather independent and ferocious warrior... and a bit hard to read, even for silver-tongued Starscream. If she weren't so difficult to work with, she'd have been much higher ranked by the time the war started. Owo; But as she is... I think Starscream was a little nervous to deal with her, as she is a loose cannon... equipped with not-so-loose cannons. And little respect for authority... XD

Lastly I drew Thrust... he's not a Vosian Seeker, hence he lacks those "Starscream-y" (or Arcee-y, or Airachnid-y... in my headcanon they're all from Vos >u<; It's that sleekness and pointy head things!) features and instead has Kaonian features... Megatron-like... and a little Ratchet-like too. XD Funny how that works out... Yeah, but Thrust is kind of a dingus. He's a loud braggart and a bit of a thug... but hey, at least he's a mean enough fighter that the boasting isn't (entirely) hyperbole! >u<;