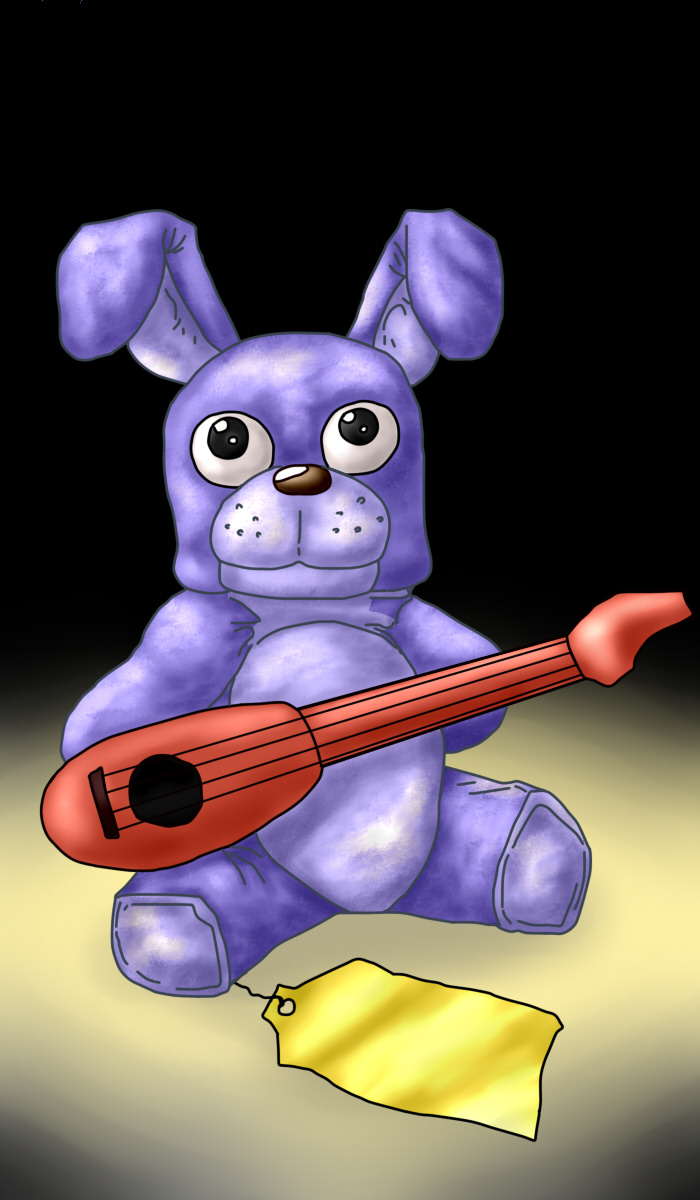 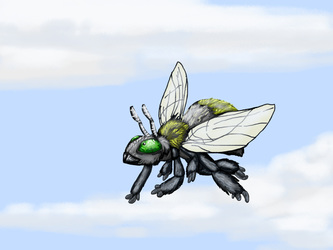 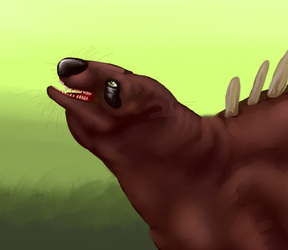 Fredbear's Family Diner, having been forced to close earlier in the year due to tragic accidents involving the first wave of Springlock© Animatronic Suits, relaunched itself in 1983 as Fredbear's Family Pizzeria. Unable to remain liable for more accidents involving performer staff, the company decided to anchor the classic Spring Bonnie and Fredbear to the stage area to ensure no one would be able to wear them or steal them--however one of the main attractions to the franchise had been the fully-mobile and independent robot characters, which were renowned for their technologically advanced movement systems and extraordinary charm in interactions with children... fully independent of directly inputted programming or remote control! So the company invested in revamps of the old characters and a couple of side-characters that had previously only existed in games, puppet shows, and take-home merchandise. These new robots would be just as advanced as the old Springlock© design and based on the Springlock Animatronic's endoskeleton, but with the locking system removed for total safety to both employees and mischievous children. The revamped Bonnie-type robot character (first revealed as "Bonnie Jr.", but later just referred to as Bonnie) was a very popular animatronic with the youngest children and soon overshadowed the original Spring Bonnie trapped on stage, and large amounts of plushie merchandise and electronic guitar toys modeled off of the character's soon dispersed among Fredbear Pizzeria fans... so much so that the franchise started to grow, and the new set of animatronics even began to "go on tour" to the two new locations that sprang up.

However, making the original Springlock© suits stationary did not stop the accidents. The details are sketchy and scrambled in the memories of today's fans of the Pizzeria, but in the early 80s tragedy struck the original Fredbear's Family Pizzeria when a seven-year-old boy there celebrating his birthday was forcibly carried to the stage area by four teenagers in Fredbear mask merchandise and wedged into the Fredbear animatronic's mouth joints. While in independent mode, the animatronics are programmed to release pressure on these joints and move away from any foreign objects, but the two stage animatronics were in performing mode at the time and the jaw pressure did not release. The boy suffered nine separate skull fractures and was rushed to the hospital; after a fitful 12 hours of being constantly resuscitated the family decided that this should not continue, and the boy was taken off of life support and died twenty minutes later. All locations open at that time were forced to shut down, and the Springlock© Animatronic Suits were discontinued into the foreseeable future and locked up in the smallest of the three locations. The new set of animatronic characters were examined, and though they were based on the Springlock © body they were not deemed as dangerous, and thus were put into storage in case they were needed in a later reopening.

In spring of 1987 the franchise finally reopened, re-using much of the surplus merchandise of the old animatronic set while launching a new set of animatronics--the "Toy" set designed off of previous plastic toy versions of the Fredbear Pizzeria characters. Again, the emphasis was on safety, resulting in the Toy set having far smaller mouth joint openings and more robust coverings to keep small hands out of the insides of the robots. The old animatronics, left in storage for four years, had suffered some external body covering damage due to water leaks and rodents in the storage area, so they were left in the back for parts after several failed ideas to retrofit them and replace the external skins. As if the restaurant franchise was cursed... a few months later an intruder broke into one of the small, closed locations and stole the Fredbear suit. The same day as this theft was reported, five children went missing in the vicinity of the busy Freddy Fazbear's Pizzeria, and their bodies were never found by authorities. Many former employees were questioned, but none seemed to lack an alibi... The state police claimed to have arrested a suspect and began the court process, but speculators of the company's mysterious events still believe that the police were lying to try and flush out the killer of the children. The location was closed for a few months while the investigation went on, but in Autumn it reopened. However, another "accident" occurred soon after in which an animatronic attacked a member of the day staff in the middle of a busy birthday party event, biting them on the face and lodging several teeth in the front brain of the victim. The bitten employee survived, but suffered from lowered cognition and impulse control problems for their entire life after. Speculation and strange events continue to this day in the Freddy Fazbear's Pizza and Fredbear's Family Pizzeria lore.

:D Little FNAF4 inspired stuff. Naw, the minigames are not '87. '87's bite was covered, in all its mysterious circumstances, in FNAF2, and aside from that '87 has no grand plot importance. The hype has just blown up in the fanbase of FNAF, so much that it obscures the more important mysteries of the entire FNAF history... FNAF 4's minigames are '83, the event which caused the golden animatronics to be put away for good, making FNAF 3 possible. >8). As for the gameplay part, definitely takes place years and years and years after the minigames, for someone being haunted by those events... probably the brother of the little kid, who caused the death! The nightmarishness of the animatronics? Well.... I have my own theories, but they are so outside the popularly-held theories that they'd probably start a rage-storm of poorly-constructed sentences in the comments, so I'll make like a Cawthon and keep my information to myself. XD

Anyways! Here, have a Bonnie plush! so fluffy!~