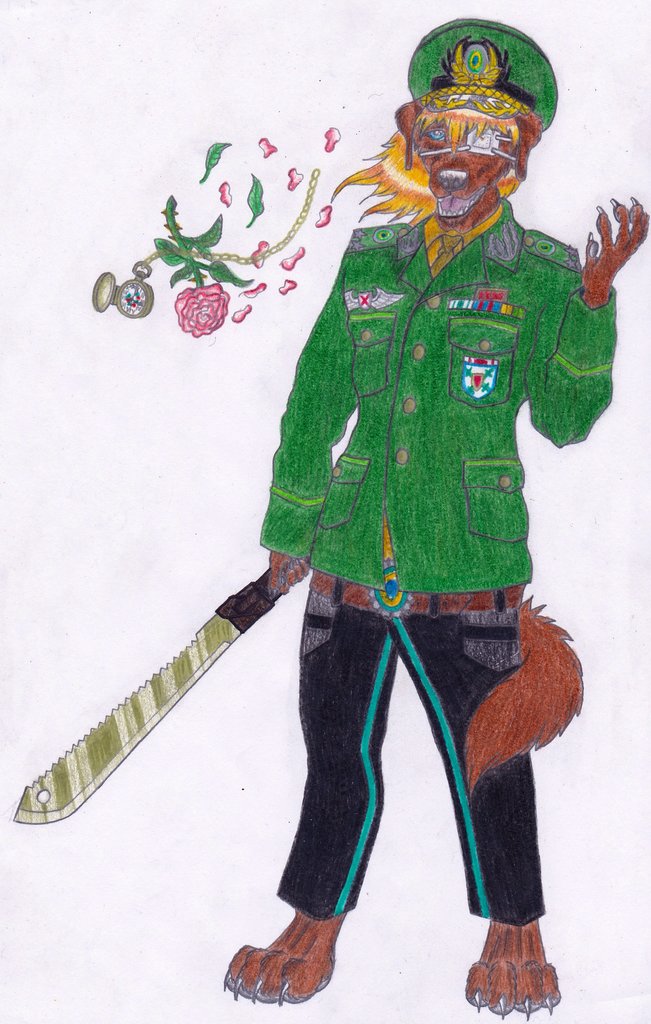 Seeing as you all are probably familiar with Mishya's, Larissa's, and Karen's appearances around the 2000s, so allow me to show what Valentina looked like around the same time period. :p

Backstory:
Valentina has been a Soviet defector for 20 years or more at the time, and has chosen to live her life in the West to be free. After having been discovered by KGB agents in America at Cape May, New Jersey in 1985, she boarded a plane to Brazil using a fake ID and passport in which she acquired in America. The name on both forms of identification read "Barbara Fuentes," in which she changed her name to this. She joined the Brazilian Army in 1988 in a desperate attempt to hide among the locals and offer an excuse to fight against those who wish to punish her. Within those 20 years in Brazil, she was on reserve duty for the army, worked at a restauraunt by the beach, and became a hitwoman to practice her fighting skills and to obtain more wealth. Her lust resides in gold and jewelry, as she keeps the valuable possessions of her victims after killing them. Life is an everyday struggle for her as she tries to avoid police, gangs, and of course the Soviet KGB agents coming after her. So far, she hadn't encountered a single KGB agent in her home of Belo Horizonte but will never let her guard down. After the fall of the Soviet Union in the 90s, she hadn't gotten the memo and continued to carry a Cold War-mentality just before the 2010s.

In the year 2009, her brother Mishya flew round-trip to Rio de Janiero, and to his surprise met Valentina. The two hadn't recognized each other immediately as they had all but forgotten about each other. Following a brief fight, the brother and sister tried their best to reunite and tell stories of their lives in the modern age. It was hard for Mishya to convince Valentina to come back home and that the Cold War was over, and gave her a choice to stay or not. She decided to stay in Brazil, but Mishya couldn't stay mad at her and respected her descision. From then on, she underwent a series of changes to her appearance, personality, and mindset.

Depicted is Valentina's appearance around 2006, three years before Mishya came and found her. She is dressed in the formal attire of the Brazilian Army Aviators, having been a helicopter pilot in service. The golden machete is modeled after the standard issue machete of the army, as she cast it in gold to modify it to her liking. Having never been faced with [military] combat, she used the machete to behead her victims as a hitwoman. And the eyepatch she wears on her other eye is the result of an injury in which the kickback from the scope of her rifle damaged her eyesight and couldn't see properly. It is an analogy to how Mishya damaged his eye in battle, except Valentina's eye could be recovered.

I wanted to give her an almost evil and menacing expression, as that's how she lived her life up until this moment. :o