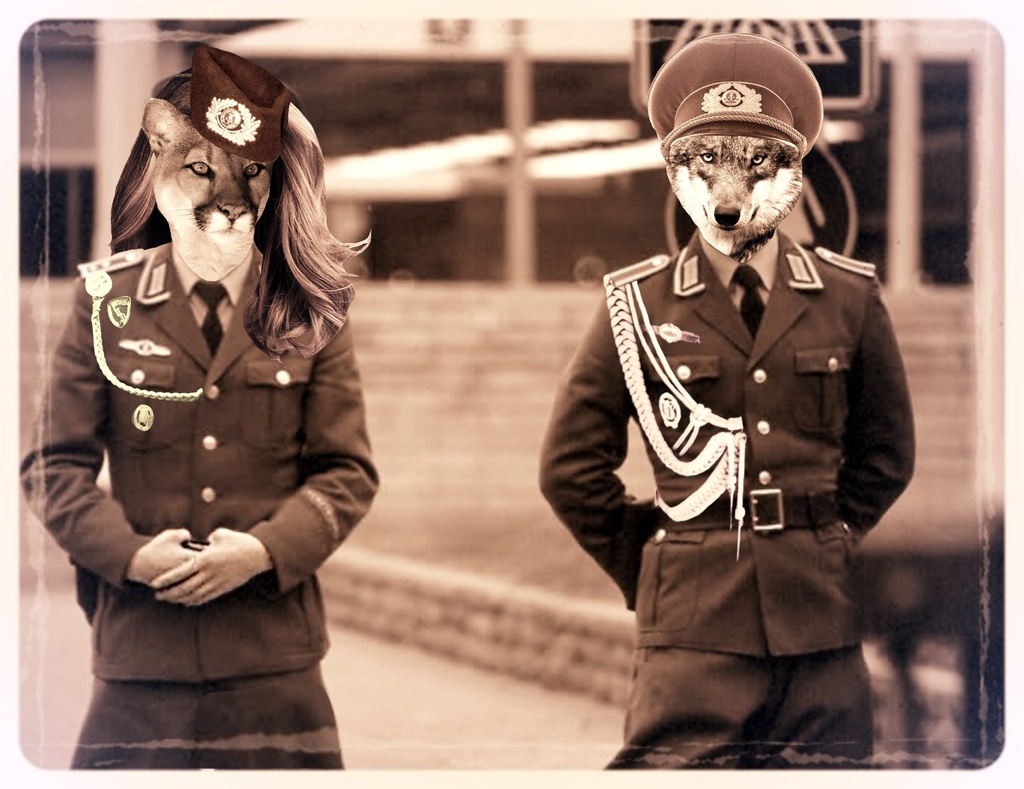 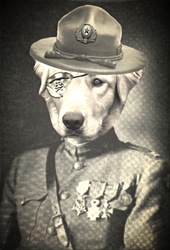 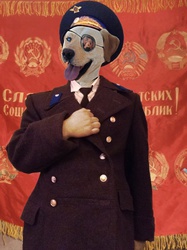 I told you I was going to make more of these.
Because on FA, people seem to love the Kaz portrait I did and I was just amazed.

This one is a photo of your favorite Stasi troops, David and Regina, in a dated photo from around the 1960s-70s. I thought it was a cool concept to make this, as it helped spark the idea for Hinter der östlichen Tore (a relatively newer drawing). Pretty hard to make, as I needed to find photos of the uniforms loosely based on what they wore as references. Looks kind of funny, but then again, I'm not good with digital art. To me, it's badass; I like it.

Made with an app called Juxtaposer, for the iPhone.